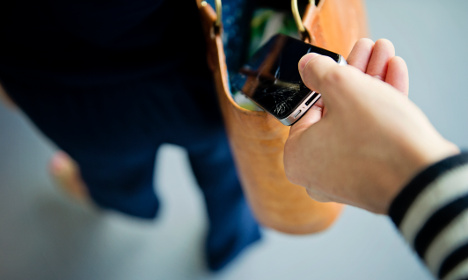 Police caught the boys in Eskilstuna in central Sweden on Monday night, shortly after being called out to an Ica supermarket near where the alleged robbery took place at 8pm.

The boys were not able to get hold of the phones and left the scene. They were shortly thereafter found by police, who handed them over to their parents and social services.

The incident took place in the Fröslunda area of Eskilstuna, an area with comparatively high rates of criminality and socio-economic issues. Police said there had been previous disturbances there this summer, involving for example youths throwing rocks at officers.

“In this particular area we have some problems and that they are getting recruited at this age is concerning,” said Nordqvist.