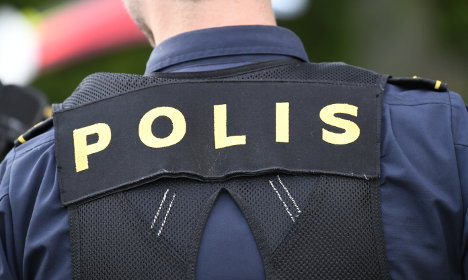 Interior Minister Anders Ygeman and Justice and Migration Minister Morgan Johansson presented the proposed measures at a press conference in Stockholm on Thursday.

“Anyone who hasn't had their application approved has to go home, that's the basic principle,” said Johansson about the efforts to reduce the number of asylum seekers remaining in Sweden after getting their applications rejected.

The government wants to give police the power to carry out checks at workplaces across Sweden to track down rejected immigrants working illegally. As the law currently stands, authorities have to formally suspect that a crime has been committed to get permission for such raids.

Other proposed measures include making it easier for police to seize passports and ID documents and taking fingerprints of people suspected of being in Sweden without permission.

The government also wants to review the age limit, which currently stands at 14, of people who have to have their fingerprints taken when applying for asylum. The ministers did not propose a new limit on Thursday, but noted that the EU Commission suggests six years. The number of people leaving Sweden voluntarily is increasing, but almost 20,000 people are currently believed to be staying in the Nordic country despite having had their residency applications rejected, reports the TT news agency. More than 12,000 are wanted by police, reports public broadcaster SVT.

In some cases, failed asylum seekers go underground. In other cases, Sweden is struggling to deport them because their identity has not been confirmed or because their home countries do not want to accept them.

Sweden took in an unprecedented 163,000 asylum seekers last year. In its latest forecast from this summer, the Migration Agency estimates that around 28,400 people will have their applications rejected this year, followed by 33,200 next year and 34,800 in 2018.