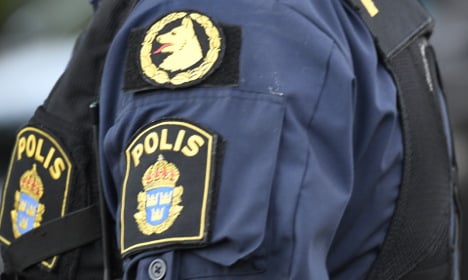 Two police officers were injured after a green laser was pointed at them and the window of a police car was shattered by rocks being thrown at officers during riots, involving around 15-20 youths, in the Bergsjön area of Sweden's second-biggest city on Wednesday night.

A bystander also received minor injuries after being hit by rocks in the back and hand. He called an ambulance which was not able to reach the scene because of the disturbances.

Four cars were set on fire in the area on the night, said police.

Four people have so far been arrested by a prosecutor in connection with the riots, including three men aged 18-25 who were seized overnight, said Gothenburg police on Friday, adding more were set to be questioned.

“We have a pretty good idea of what has happened and the issues behind it,” said local police chief Ulf Merlander in a statement on Friday.

“But we are not satisfied. More people are involved – we know that, and our focus now is to identify and bring those who have committed crimes to justice.”

Police said that the riots, which started just after 8pm on Wednesday and continued until around 1.30am, had begun in response to recent attempts to clamp down on crime in the area.