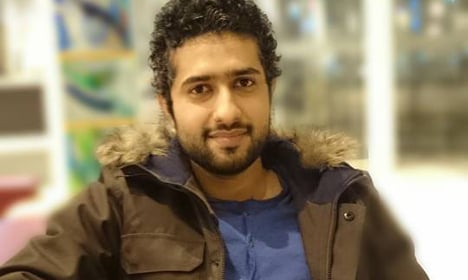 Tayyab Shabab, 27, came to Sweden from Pakistan in 2013 to do his masters degree in computer science. He is now permanently employed by Dynamo, a Stockholm-based developer of apps and mobile solutions, and has a house with his wife in the Swedish capital.

But now, Shabab has had his application for a new work and residence permit rejected by Sweden’s migration authority (Migrationsverket) because of an admin error made by the company he was previously employed by, who forgot to take out occupational pension insurance for him.

“I wasn’t expecting it. It was really disappointing for me,” Shabab told The Local.

“I received a call from the migration agency a few weeks ago asking me to give them my insurance details. I contacted my former employer and he told me he couldn’t buy the insurance at the time because I didn’t have a personnummer (Swedish personal identity number) when I first came to Sweden, but he promised to help me.”

Shabab explained that his old boss tried to correct the mistake by paying for the necessary insurance in retrospect, but the migration board did not accept that as a solution.

“I was so hopeful because I thought I had fulfilled the criteria, but they refused the application, saying that the previous employer had paid too little in insurance and paying it now doesn’t matter.”

The 27-year-old’s current employers are now trying to help him fight against the migration authority's decision.

“The whole situation is absurd. Dynamo recruits top talent within mobile development and we have 25 different nationalities here. Tayyab is among the absolute world class in developers,” Dynamo founder and CEO Mathias Plank said to The Local.

“He has a job, a house, a wife, and pays tax. Why can’t he stay here? We need more people like him. Much more,” he added.

The Dynamo boss explained that they have have brought in lawyers to help Shabab's appeal.

“We’re going to appeal, of course. We’ve brought in lawyers who are working on it just now. Tayyab hasn’t done anything wrong. How can he and his wife be victims of a mistake they weren’t involved in?,” Plank said.

Tayyab said the stressful experience has not changed his positive perception of Swedish people, and he instead puts the events down to inflexible regulations.

“I think Swedish people are really good, really nice people who have always helped me. I still think the same way, but I would say there are problems with rules and regulations here. I’m being punished for something I didn’t do,” he insisted.

“I saw a good future here in Sweden and really didn’t expect this.”

The Local contacted Migrationsverket for comment. They explained that they are bound by rules and regulations regarding work permits.

“I can of course understand why he is worried. We regret that the individual has been hit by this, but the system and rules around work permits say that it is agreed that the person has a specific salary and specific conditions and insurance. So unfortunately a consequence of that is that when the employer does not deliver what was agreed to, the employee can be hit by it,” Fredrik Martinsson explained.

“It’s not a good situation, but Migrationsverket has no possibility of doing things a different way. It’s to do with legislation in that area which is really clear, it’s actually designed to make sure that people who come here get an adequate salary, the right insurance, etc,” he added.

A similar case to Tayyab's happened last April, when a Bangladeshi man was deported after a court ruled he was not allowed a work permit due to finding his job on LinkedIn.