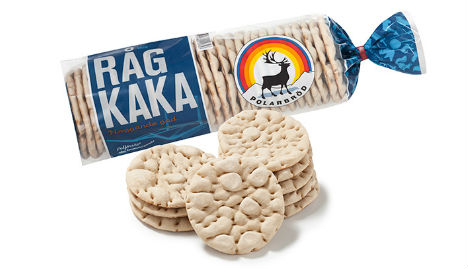 Carin Andrén Aronsson now plans to investigate why Sweden has such high levels of coeliac disease. Photo: Polarbrod
Carin Andrén Aronsson, a nutritionist and doctoral student at Lund University, also concluded that the disease did not seem to be caused by families giving their babies gluten-containing food too early.
Instead, gluten intolerance appears to be caused by feeding children under two gluten in too large a quantity.
“Our findings indicate that the amount of gluten triggers the disease,” Aronsson said in a press release. “The timing of the introduction of gluten, on the other hand, does not seem to be of great significance.”
The Teddy project traced the development of 8,700 children in Sweden, Finland, Germany and the United States.
The Swedish section of the study found that children whose reported daily intake of gluten was more than five grams up to the age of two years had twice the risk of developing coeliac disease compared to children who consumed a smaller amount.
There was no apparent connection between the duration of the period of breast-feeding and the risk of developing coeliac disease.
Children in Sweden had the highest risk of the four countries of developing coeliac disease.
Aronsson now plans to investigate whether it is a higher gluten intake which makes Swedish children more likely to develop the disease, or whether there are other factors in play.
She also intends to expand the study to other countries, and to study whether introducing beneficial bacteria might help prevent coeliac disease developing.