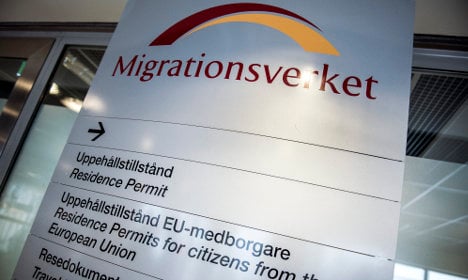 Under Swedish law, the permits should only take nine months to be processed.

One reason cited for the long delays is that resources at Sweden’s migration authority (Migrationsverket) are being taken up by the recent influx of asylum seekers to the country, which received a record 163,000 asylum applications last year.

Another reason is that case handlers who work in the migration authority department that deals with family member residence permits spend around one day a week answering questions over the telephone about why decisions on permits have been delayed.

The migration authority now has its case officers working in a customer service capacity after it was previously criticized for not making them available to answer questions from the public.

A trade union representing workers at Migrationsverket has criticized the agency for not prioritizing the processing of applications.

“We think the employer should prioritize the core job. We have far more competent customer services resources in the organization who could take care of it, instead of making case handlers sit doing customer services,” Saco union chairman John Andén told Sveriges Radio.

The migration authority currently has no plans to re-prioritize work to reduce waiting times however.

Earlier this year, Sweden’s parliament voted through significant changes to migration laws in the country including alterations to the requirements which need to be met for family member residency permits to be granted.