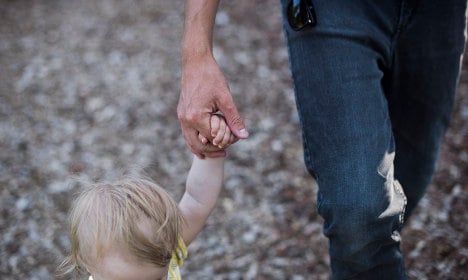 A file photo of a man and a child not related to the article. Photo: Izabelle Nordfjell/TT

Swedish ‘VAB’, or ‘Vård av Barn’ (Care of Children) benefit allows parents to have at least 80 percent of their salary paid by the state if their child is sick and requires the parent to stay home and take take care of them.

It is separate from ‘Föräldrapenning’, the up to 480 days of standard state-subsidized parental leave which parents in the country can take advantage of.

At the end of last year, the Swedish Social Insurance Agency began running checks on parents who were utilizing the parental VAB insurance systematically.

The result is almost eight times as much money being recovered during the first three quarters of 2016 compared to the same period in 2014, newspaper Dagens Nyheter (DN) reports.

“When we find such a person we go several years back in time and investigate both VAB benefit and state-subsidized parental leave,” Social Insurance Agency family policy spokesperson Niklas Löfgren told DN.

“We can then see that they follow a certain pattern, that they have taken a week of VAB here, then a week of parental leave there, even though they have been working at the same time,” he added.

The figures for 2016 do not include benefit cheats who have been caught through random checks. The conclusion is not that fraud has increased in the area, but rather that it is being discovered more often.