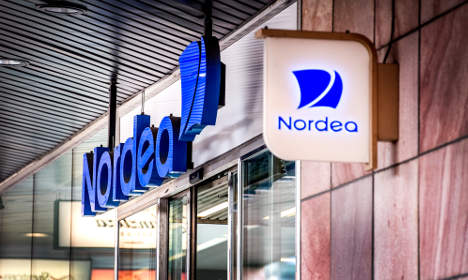 “A meeting was also planned with Finance Minister Jeroen Dijsselbloem, as the Dutch state is the bank's biggest shareholder, on September 19th,” the paper said, adding that it had obtained a leaked memorandum sent to Dijsselbloem a week before the planned talks.

It is unclear if that meeting ever took place, and ABN Amro, which traces its roots back to the 19th century, and the Dutch finance ministry declined newswire AFP's request for comment.

A source familiar with the matter on Friday confirmed to AFP that Nordea's bid had been nixed.

According to the memo, the Nordea chief proposed a so-called “reverse merger” which would consist of a share swap.

This would mean that Nordea would move to The Netherlands and ABN Amro's holding company would continue to exist and would then incorporate both the Dutch and Swedish-based lenders.

“Nordea would like this strategic combination, because it would then have a foothold in a euro country,” the paper said, quoting the memorandum.

But it said there were Dutch fears that the far bigger Nordea, which is headquartered in Stockholm and has some 30,000 employees, would “put its own stamp” on the merger – including a name change.

And ABN Amro, based in Amsterdam with reportedly some 20,000 employees, has had bitter experience with takeovers after it was bought in 2007 by a consortium consisting of Spanish Santander, the Royal Bank of Scotland and Belgian-Dutch Fortis.

The 71 billion-euro-deal was one of the largest in banking history, but proved a disaster as the 2008 global financial crisis peaked. Fortis was dismantled and ABN Amro had to be bailed out by the Dutch government.

In December, the bank finally made a record return to the Amsterdam bourse. But the Dutch state remains ABN Amro's largest shareholder with a 77-percent stake.

Following the IPO, the Dutch government is now hoping to recover some of the 22 billion euros spent on propping up the bank. NRC reported that a new round of shares sales was expected soon.