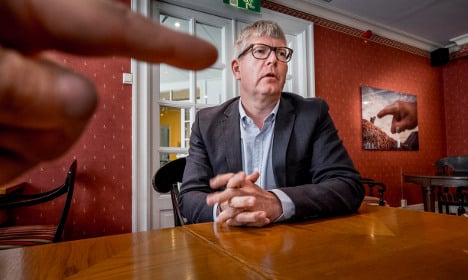 Swedish telecoms giant Ericsson on Wednesday appointed Börje Ekholm as new CEO, betting on continuity with an executive coming from its board of directors and its main shareholder.

Ericsson, which announced it would cut at least 3,000 jobs in Sweden earlier this month, was seeking a new head following the ousting of Hans Vesterberg in July after seven years.

From 2000 to 2015, Ekholm served as president of the Swedish investment firm Investor, controlled by the wealthy Wallenberg dynasty.

“He has a solid understanding of both the technology and business implications of the ongoing convergence of telecoms, IT and media,” said chairman of the board at Ericsson, Leif Johansson.

“Having served on Ericsson's board of directors for the past ten years, Börje Ekholm has full understanding of the challenges and the opportunities Ericsson currently faces,” Johansson said.

In July, the daily Svenska Dagbladet cited sources close to the matter in reporting that Investor, which controls 21.4 percent of Ericsson's voting rights, was accused of slowing the restructuring by the other major shareholder, the bank Handelsbanken. Through its pension fund and the fund Industrivärden, Handelsbanken controls 20.1 percent.

The purpose was, according to the sources, to lower the share price and encourage Handelsbanken to sell its shares and attract Cisco as a buyer.

“It's really, really surprising. Ekholm was a central figure in the Ericsson board of directors and thereby supported the strategy that led to the current crisis,” Handelsbanken analyst Daniel Djurberg told the TT news agency.

Ekholm is set to take office on January 16th. He is expected to improve the company's earnings which suffered a net loss of 233 million kronor ($26 million) in the third quarter as operators slowed investments into mobile networks.