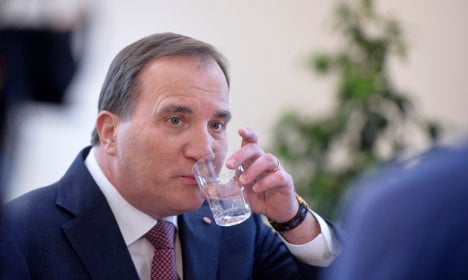 “We have sent a letter of congratulations of course, and then the Government Offices made contact with the (US) transition team,” Löfven explained in comments reported by Swedish news agency TT.

Trump’s transition team has released a list of the heads of government and top politicians he has spoken with. The 29 names include European leaders like Italian PM Matteo Renzi, British PM Theresa May, and Denmark’s Rasmussen.

The Dane spoke for 10 minutes on the phone with the New Yorker on Wednesday in a call he described as “friendly and constructive”, where Rasmussen “stressed that Denmark is a close ally of the US and has been for decades”.

“Donald Trump told me that through his family relationships he has an incredibly positive impression of Denmark as a country and the Danes as people,” Rasmussen added.

Löfven did not want to speculate why Denmark’s but not Sweden’s prime minister had been given time to speak with Trump.

“There are over 190 countries in the world and exactly how their transition team decides this I have no idea about. I can imagine that Denmark’s Nato membership can play a certain roll,” Löfven noted.

Löfven revealed that he would like to speak about free trade, security and climate policy with the next American president.

“That’s is naturally what we want to influence as early as possible,” he said.

The New York Time and other media outlets have criticized Trump's transition team for a chaotic approach to outreach to world leaders, claiming that leaders have been “blindly dialling in to Trump Tower” to try and reach the President-elect.