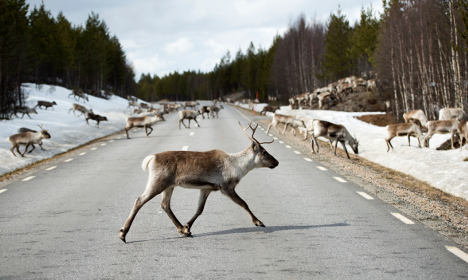 Reindeer provide a livelihood for many in northern Sweden. Photo: Henrik Montgomery/TT

The reindeer died after the cars ran into them on road 791 at Holktjärn, Norsjö, in northern Sweden.

The incident took place at around 3.30pm on Monday. Neither driver was injured, but all ten reindeer, the northern Swedish animals that provide a livelihood for many in the region, died in the accident.

Their owner, a Swedish Sami village, has been informed.

“Reindeer often move in large groups, but they were unusually many in the same accident this time,” police spokesperson Peder Jonsson told public broadcaster SVT.

There have been 1451 road accidents involving reindeer so far this year in Sweden, according to the National Wildlife Accident Council (Nationella viltolycksrådet).

The figure tends to peak in autumn and winter as the Nordic days grow shorter and herds migrate during the colder months in search of food. 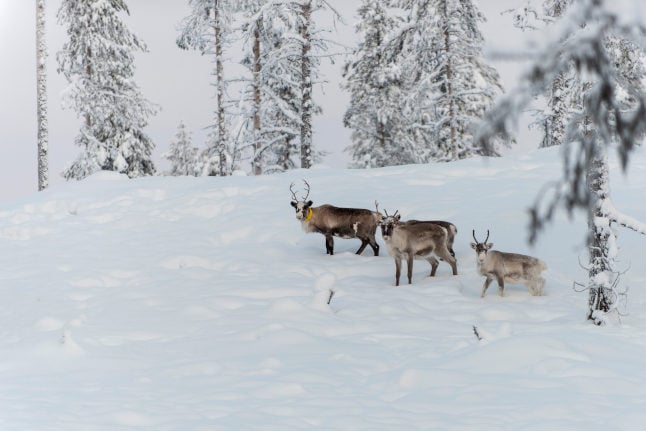 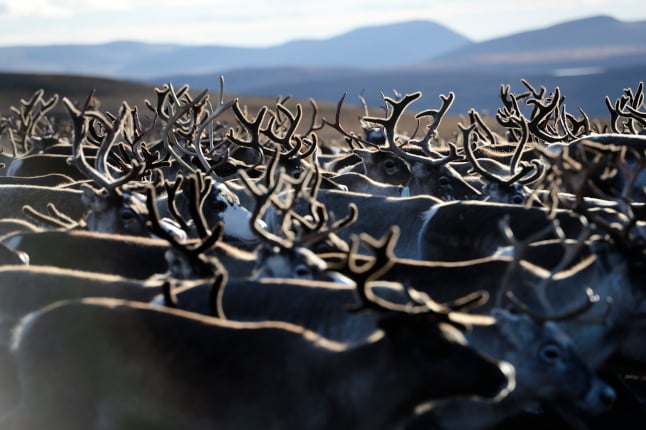