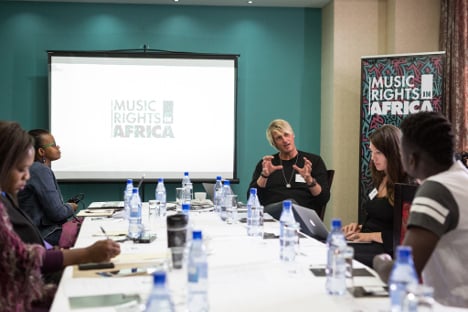 In the summer of 2016 Niclas Molinder, a Swedish songwriter and producer, found himself traveling through Malawi, Rwanda, and Tanzania on a musical tour of a different kind.

Rather than scouting talent, however, the sandy-haired Swede was on a fact-finding trip to learn more about how musicians and songwriters in Africa manage their rights.

“We met over 100 creators, politicians, and different people in the music industry to get an understanding of the situation,” he explains.

The trip was an important step in Molinder’s grander mission to educate music creators around the world on how to protect and manage their rights. Specifically, the intellectual property rights that allow them to earn a living from their work.

“The level of knowledge about music rights is so, so low within the creative community worldwide,” he explains.

“I thought this needs to be solved. And it has to do with communication, education and spreading information about the facts.”

So earlier this year, Molinder – along with star Swedish songwriter Max Martin, and Björn Ulvaeus of Abba fame – launched the Music Rights Awareness Foundation in an effort to help songwriters and music creators avoid mistakes and misunderstandings that can lead to them missing out on their fair share of the proceeds that result from the music they make.

“I mean, speaking from my own experience as a songwriter I know how hard it is to understand all this. That’s why I started the foundation, because I want to try to explain things in a way that music creators understand,” he explains.

The insights Molinder gained on his trip through Africa led to what has become the first concrete project undertaken by the foundation – Music Rights in Africa – which he expects will help raise rights awareness in a region where songwriters and artists are rarely compensated correctly.

And while countries in Africa may have a particular set of institutional challenges, Molinder explains that a “revolution” of technological changes related to how music is created and distributed make rights management more complicated – and more important – than ever before.

“In just a few years we moved music consumption from going to a store and buying physical media, to people consuming everything in a phone,” he explains.

“We’re almost at a point where you can make a song in your cell phone, record it, record a video, and post it. But here comes the challenges: that person has the right to get paid when the rest of the world listens to that song. How are we going to make that happen? How do we keep track of everything?”

A songwriter himself, Molinder knows that it’s hard to get creative types to think like lawyers – but he’s hoping the foundation can help make information that can seem dull and incomprehensible more accessible to songwriters.

“I’ve seen this same pattern over and over again over the 20 years I’ve been in the music industry – music creators simply don’t care about this sort of information,” he says.

“They want to make music. And no one is talking to the creators in their language and telling them that they don’t only have rights, but they also have responsibilities,” he says.

SEE ALSO: Where is the Swedish music industry heading?

His own experience is a case in point. In the early 1990s, Molinder found himself in front of grey-suited record executives in New York, cautiously nodding his head as they rattled off all sorts of details related to contracts, rights, and distribution.

“I didn’t understand much of what they’re saying but I didn’t dare to ask what they meant,” he recalls.

Bearing that experience in mind, Molinder also has plans for the foundation to release a smartphone app that empowers songwriters with the knowledge about rights management they need to overcome the information asymmetry he felt decades ago in New York, and which many other creators still face today.

“It’s going to be a resource for everyone, worldwide. And we can tailor the information to the copyright rules depending on where you’re based,” he explains.

“There are so few females that are producers, and I think it’s sad, and we will fight to find them,” says Molinder.

In the long term, he hopes the foundation, through its programmes, outreach, and roster of big-names from the industry, will get more songwriters thinking about their rights earlier in the creative process. “I don’t want to change in any way how music creators create music, I just want to put a little thought in their heads that when they leave the room and during the time they work, please try just to think about these issues,” he explains.

And even though the foundation and its project in Africa are in the early stages, Molinder sees a need for the model to other parts of the world and hopes to put copyright awareness on the agenda in more places.

“We’ve already had requests about music rights in China,” he reveals. “India too and my dream would be South America. Think about Jamaica, for example. How much music is going on there, and how many get paid for it?”

Molinder believes a key to the future success of the Music Rights Foundation is that it’s led by music creators – and Swedish music creators in particular.

“Swedes have great credibility around the world and I see that and I feel it when I meet people,” he explains. “And Sweden is a huge music country – everyone wants to work with Swedish people.”

At the same time, Molinder feels that between himself, Martin, and Ulvaeus, the Music Rights Awareness Foundation has already reached its quota of Swedes. So as he looks to recruit more backers to raise “around $15 million” to finance the foundation, Molinder is looking beyond Sweden’s borders.

“I’m trying to get as many as possible that are not connected to Sweden because it’s so important to me that this gets spread worldwide,” he says.

At this stage, he’s not willing to reveal names of who else he’s asked to support the foundation or exact figures. But Molinder feels he’s on track to get most of the way to his fundraising goal within the next few months.

Music: how could you live without it?

Moreover, many of the luminaries he’s in touch understand why proper rights management matters, and hope to see more creators taking the matter seriously.

“Every single one started out on the bottom – and they know how it feels to be in the basement. So when we say that we want to help the people down there, they immediately remember how it was when they were in the basement themselves,” he says.

Molinder recognizes he has an uphill battle ahead of him, not only in terms of educating creators, but also making sure a generation raised in an age of digital piracy and the so-called “sharing economy” accept that the music they love is worth paying for.

“One big challenge is getting people to understand that a non-visible product has a value – even if it’s sharable and you can duplicate it,” he says.

“I try to tell this to my kids. They love music and movies – so how could you live without it? I try to make them understand that someone is behind the movies and the music, and they want to be paid for their efforts.” 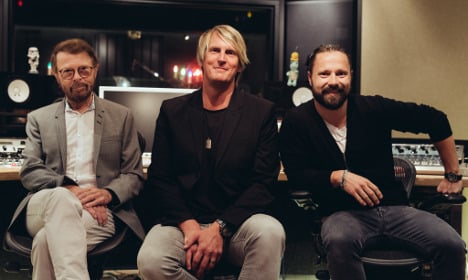 Max Martin, Björn Ulvaeus and Niclas Molinder have launched the Music Rights Awareness Foundation in order to meet the growing need for musicians to be able to keep on top of the rights to their music in an ever-changing digital marketplace.

Ulvaeus needs little introduction. A former member of Abba, he is also a songwriter and producer who has worked in the music industry for over half a century.

Martin is one of the most important producer in modern pop music, and the brains behind huge hits performed by era-defining acts like Britney Spears, Justin Bieber and Taylor Swift.  Molinder meanwhile has worked with artists like Lady Gaga, Ashley Tisdale and Willow Smith as part of the Swedish production and songwriting team TWIN.

Their new foundation aims to increase knowledge of music rights worldwide, and help music creators to “take control of their rights and be able to make a living from their music, regardless of economical geographical or cultural conditions,” the press release announcing its launch said.

“In the new, digital world the songwriter is often the weaker part in a negotiation. Knowledge is power and that’s where Music Rights Awareness comes in,” Ulvaeus commented in a statement.

The foundation’s first project will focus on educating musicians in Malawi, Rwanda and Tanzania. The three founders are also involved in a new digital platform which will help musicians to register their rights, keep track of their song projects and collaborate.

READ ALSO: Who is the shy Swede behind all those global smash hits?