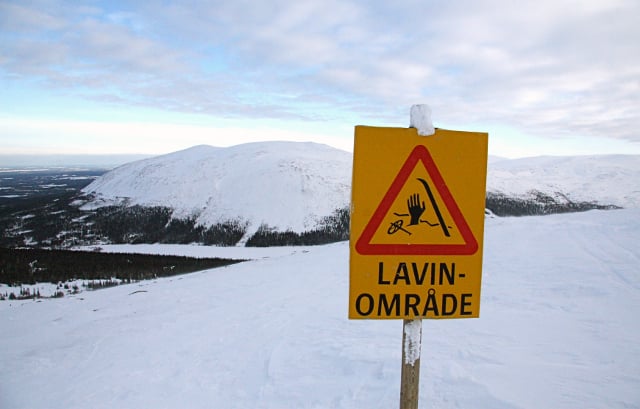 The highest likelihood of avalanches is in Abisko/Riksgränsen, close to Sweden's northern border with Norway where a level four (on a scale with a maximum five) alert was issued by the Swedish Environmental Protection Agency on Wednesday morning.

Wet slab avalanches, formed when the snow melts, are 'possible' at the treeline and further down.

The agency warned people to steer clear of the mountainous area which is popular among off-piste skiiers on Wednesday.

“We advise against being in avalanche terrain and in all areas beneath steep hillsides. Rain and heavy wet snow often trigger avalanches. We believe that many natural avalances are likely on all steep slopes where the rain falls, initially in the top snow layers,” it wrote on its website.

The warning comes as Italian rescue workers continue their work to recover bodies after an avalanche swamped a mountain hotel in the Abruzzo region, killing at least 23 people. Follow our sister site The Local Italy for the latest.