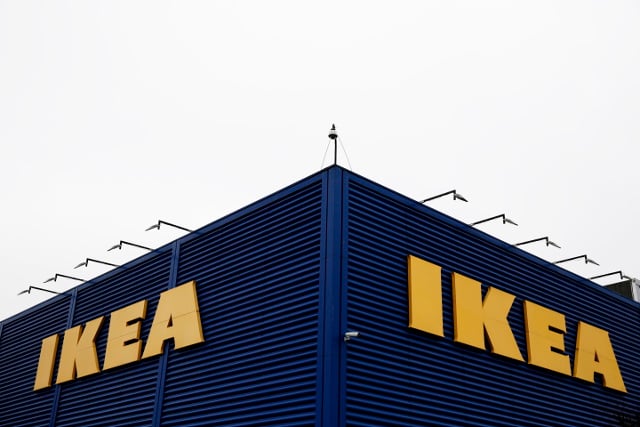 The new catalogue was first flagged up by Israeli newspaper The Jerusalem Post, which reported that members of strictly Orthodox Haredi communities in the country had received a special version of the Ikea catalogue in the post.

The catalogue features pictures of boys and men, but “unlike the standard Ikea catalogue, no daughters, sisters or mothers accompany those fathers and sons,” the newspaper noted.

For its ultra Orthodox customers, Ikea Israel has issued a catalogue from which images of women are entirely absent. pic.twitter.com/wpIhmOqQes

The story has since been picked up in the Swedish media, where comparisons have been made with another case from 2012 when women were erased from sections of an Ikea catalogue released in Saudi Arabia.

Public outcry and criticism from Swedish politicians followed, leading to Ikea apologizing and calling the incident “unfortunate”. The controversial new catalogue in Israel has also led to a wave of online complaints.

In 2012 Ikea was forced to apologise over removal of women from Saudi Arabia catalogue; 5 years later they do it again, this time in #Israel

So IKEA made a special catalogue for ultra orthodox jews in Israel. With no women in it. World not doing so well right now are we?

In a statement provided to The Local, Ikea's press manager in Sweden stressed that the strict Orthodox brochure is not representative of Ikea's catalogues in Israel as a whole, and it does not live up to the company's standards.

“What happened here is that the local Israeli Ikea organization distributed a brochure to a religious ultra-Orthodox minority group in an attempt to reach the minority with commercial messages. Ikea, globally as well as in Sweden, is clear on our view that the local brochure doesn’t live up to our values and what Ikea stands for,” Jakob Holmström explained.

“Ikea is for many people and we want to respect local traditions and needs. That is also an aspect of not discriminating. BUT, we are convinced that it is possible to unite. Ikea in Israel obviously failed to do that. We want to be clear that Ikea Group in Sweden and globally does not stand behind the local brochure, and be clear on the fact that it does not live up to the Ikea Group values and what Ikea stands for,” he added.

In an additional statement given to The Local on Friday, Shuky Koblenz from Ikea Retail Israel said:

“In February, the local Israeli organization distributed a brochure, customized specifically for the Haredi community in an attempt to reach this minority community in Israel with messages of our home furnishings offer. Accordingly, this brochure has been customized in several ways and as such, it also does not show any images of women or girls,”