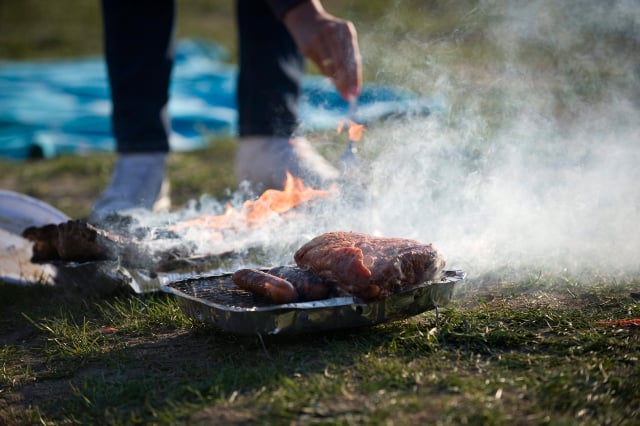 It's not really barbecue season yet, is it? Photo: Fredrik Sandberg/TT

The warning applies to most of the southern Götaland region as well as the Öland and Gotland islands. Meteorologists said the fire risk was due to combination of no snow, warmth from the sun and dry air.

Many Swedes tend to start the barbecue season the moment temperatures edge below zero, but Leif Sandahl of the Civil Contingencies Agency urged people to be careful.

“When there's this high grass fire risk, and especially in combination with wind, you shouldn't light a fire because it is too risky,” he told the TT newswire.

Sweden has around 2000-3000 grass fires every year, according to the authority's statistics. Every year there are casualties, often elderly men who die from overexertion when trying to extinguish them.

The season ususally lasts from March to October, with a peak in April and May before the grass from last year has been replaced by new vegetation.

Sweden's meteorological definition of spring is when average temperatures stay above freezing for seven consecutive days. According to SMHI's latest update, it has reached about as far north as Norrköping.