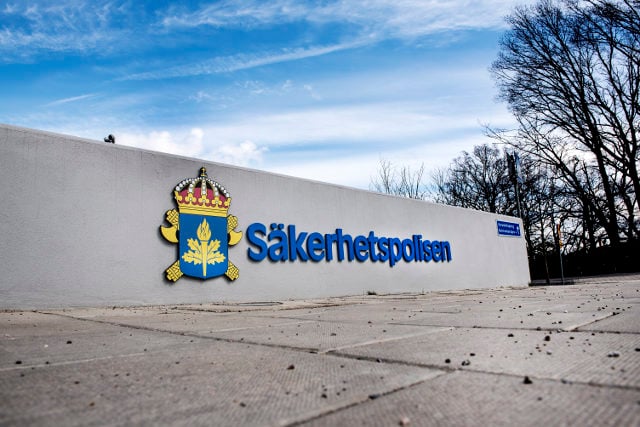 Säpo arrested the man on February 26th on suspicion of aggravated unlawful intelligence activities in the country. He is believed to have illegally obtained intelligence about people related to Tibet in Sweden on behalf of another country.

“The security police has been able to see over time how the man acted in and collected information about the Tibetan group in Sweden. This information is suspected to have then been passed on to intelligence operatives working for a foreign power,” Säpo said in a press release.

The man has now been detained by a prosecutor at the Swedish Prosecution Authority's National Security Unit (Riksenheten för säkerhetsmål), and a decision on whether he is to be remanded in custody will be made in the coming days, after hearings have taken place.

Säpo would not disclose which country he was working for or where in Sweden he was spying, and refused to say whether the foreign power involved was China.

The arrest is the result of ongoing work against illegal intelligence activities in the Nordic nation, Säpo said.

“The man has lived in Sweden for several years, and had a mission, as we see it, from a foreign power,” Säpo press head Nina Odermalm Schei told news agency TT.

“In general you can say that the countries which carry out refugee espionage in Sweden are states which do not like both human rights and freedom of speech,” she added.

Säpo explained that it carries out continuous work to prevent and counteract refugee espionage in Sweden.

It describes refugee espionage as “a method of trying to prevent refugees from expressing criticism towards the regime of the country they have fled from” and that it is “also a way for the regime to try and get control over the people who have fled from their home country, why they did it, and where they now are”.