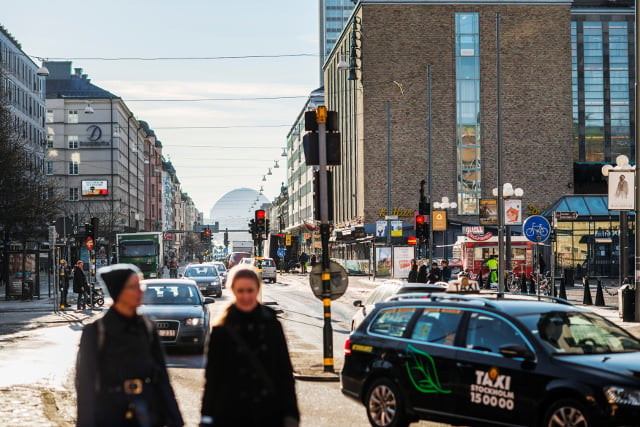 Germany is not warning people against travelling to Sweden. Photo: Simon Paulin/imagebank.sweden.se

At the weekend Facebook pages associated with the far-right Alternative for Germany (AfD) party posted a link to the Foreign Office’s travel information on Sweden claiming that “a massive travel warning” had been issued on March 1st.

“It’s strange that we never heard anything about this in the media,” the AfD’s Berlin branch wrote.

But the German Foreign Ministry dismissed the story as “fake news”, adding that there was no travel warning for Sweden.

Exactly where AfD’s story came from remains unclear. But the Foreign Office pointed out that in March 2016 they updated their travel information for Sweden to note that the country had lowered its terror threat level from “high threat” to “elevated threat”.

The threat levels have nothing to do with the German Foreign Office, but are set by the Swedish National Centre for Terrorist Threat Assessment.

The only change to the travel advice for Sweden since January is a warning about alcohol consumption in public.

A spokesperson for the German Embassy in Stockholm told The Local via e-mail that to their knowledge this was the first time the country's foreign ministry had felt the need to correct erroneous claims about Sweden.

“We feel safe in Sweden. Naturally, we report the assessment of the Swedish authorities concerning terrorist threats. If that could possibly lead to false interpretation, we correct our information, so that German tourists do not get a wrong impression of Sweden. To our knowledge, it is the first time the German Foreign Ministry considered it necessary to publish such a clarification about Sweden,” wrote the spokesperson.

On the German Foreign Ministry website, travellers to Sweden are advised to “move prudently in cities and on public transport and to avoid large gatherings of people”.

“Especially during religious holidays and large events like concerts or festivals we request you to stay alert and vigilant,” the advice states.

AfD also used the hashtag #lastnightinsweden when sharing the story on Twitter, referring to controversial comments made by US president Donald Trump last month about crime and immigration in Sweden.