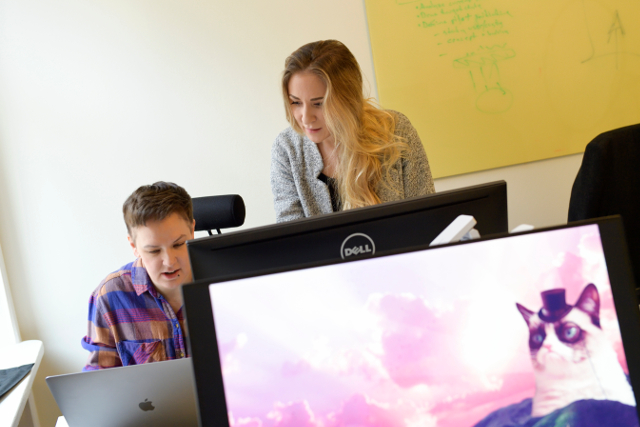 File photo of IT workers in Sweden. Photo: Henrik Montgomery/TT

It takes EPO between three and six years to process an application, so the above figure is made up of those handed in years ago. Last year, Swedish patent requests in total fell by seven percent, to 3,555.

Sweden does remain one of the top places in Europe for submitting new inventions. Looking at the number of patent applications per capita, it ranks third in Europe, behind Switzerland and the Netherlands.

Perhaps not surprisingly in the tech-savvy nation, one in four of Swedish applications in 2016 was in the area of digital communications. Telecom giant Ericsson was behind one third of the requests from Sweden.

Other popular areas were transportation and health technology, with Electrolux, Scania and Volvo being some of the other major Swedish companies applying for patents.

Last year was a record year for more countries than Sweden, which saw the EPO publish 96,000 granted patents, 40 percent more than in 2015 and a new high for the organization.

“The figure is an indicator of the growing demand for patent protection from businesses worldwide,” the EPO said in a statement.