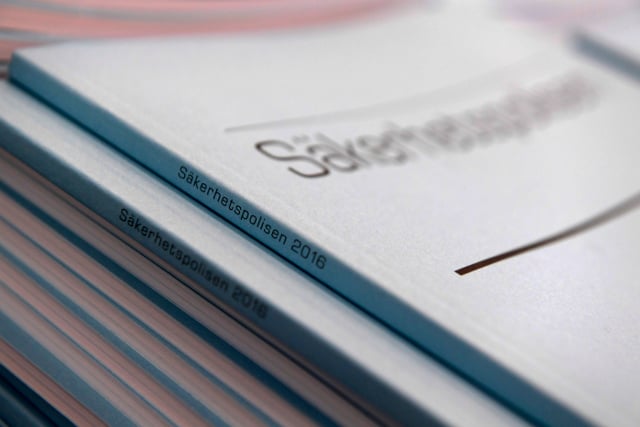 One of the key points in Säpo's report is that increased digitalization makes Swedish agencies more vulnerable, and they therefore must be better protected.

Failings have been observed at several agencies and institutions in this regard however, with often inadequate internal security analysis noted. Säpo describes the situation as the “growing gap between threat and protection” – in other words, the threat against these organizations is increasing thanks to the digital age, but their security levels aren't keeping up.

Säpo pointed out that several cases of state-sponsored electronic attacks on government agencies and other organizations important to Swedish national security were investigated in 2016. Part of the security police remit is to work to improve security levels at those organizations. This year they will carry out more advisory activity therefore, including making sure that the institutions have someone in place who is responsible for increasing security knowledge.

2018 is an election year in Sweden, and the country's security police have already started preparing their security work for the period, they revealed on Thursday. Their annual report for 2016 highlights a more tense political climate during 2016, and names both the Brexit vote and the US presidential election as two examples where the tone of debate was aggressive and polarized.

The report mentions the apparently politically motivated murder of British MP Jo Cox during campaigning in the UK, and says that making sure Swedish MP have the chance to do their duty and campaign without being subject to threats is a key task for Säpo.

“Parts of state leadership are clearly public profiles and are visible, and in a democratic society like Sweden we want to have a close relationship between elected officials and the general public,” Säpo’s deputy head Fredrik Hallström told The Local.

“As such, there's a bigger risk that something like what happened (in the UK) can happen. But that's what our personal security and assessment work takes on: making sure we tackle those concerns and maintain our open Swedish society,” he added.

There hasn't been a terror attack on Swedish soil since two bombs exploded in Stockholm in 2010, killing only the attacker himself, and Säpo thinks the biggest threat of a future terror attack now lies with lone actors: that is to say, a single person planning and carrying out an attack, rather than one orchestrated by a larger organization.

That person could still be driven by an extremist ideology, but their motivation may vary, and Säpo have not singled out one particular profile. Lone terrorists are more difficult to detect, and as such, several terrorist groups are now encouraging their sympathizers to take their own initiative and use more straightforward methods of attack, according to the Swedish security police.

Säpo analyst Ahn-Za Hagström pointed out that Islamic State meanwhile has changed its strategy from encouraging people to travel abroad and join them, to encouraging them to carry out attacks in their homeland in Europe. That can mean an increased threat to Sweden, and the consequences can be seen in recent attacks on nearby European nations, she noted.

The changing political situation in Europe means that Säpo considers the Baltic region and Sweden to now have an increased strategic importance from a military perspective. Säpo head Anders Thornberg noted that in 2016 they investigated a number of instances where “insiders” from foreign forces were found to be feeding information from Swedish agencies to foreign governments or other actors.

One country that the Baltic is particularly important to from a strategic perspective of course is Russia, but as a Swedish journalist pointed out at Säpo’s press conference, the word “Russia” is almost entirely missing from their annual report.

Thornberg answered that from a strategic point of view it could be damaging to national security to reveal where the “insiders” they have found come from, but he did add that Säpo have previously been frank about Russia being the biggest threat when it comes to spying.