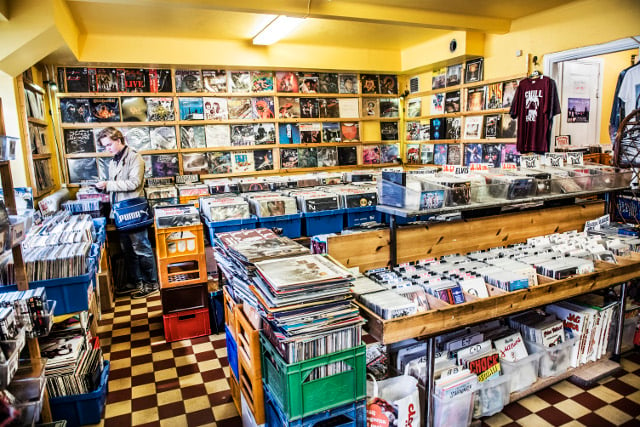 And streaming services appear to have crippled the digital download market. Income from downloads was down by 22.9 percent in 2016, and accounted for only 1.6 percent of the total market share.

“We have become accustomed to streaming services creating a much-awaited growth in the market in recent years, but it's important not to forget how positive it is that in 2016 alone, it grew by around six percent,” IFPI Sweden CEO Ludvig Werner said in a statement.

READ ALSO: These are the Spotify hits Swedes listened to in 2016

But Werner also pointed out that not all streaming services play by the same rules, which is still a problem for the industry's future.

“With ten years' experience of streaming and the new economic possibilities it creates, we know how important it is for all of the food chain – composers to artists and record companies – that all music services are covered by the same regulations.

“For one service to negotiate with rights owners and pay 60-70 percent of revenues, while another service doesn't need to negotiate and pays 8-10 percent, is clearly not sustainable,” he noted.

Meanwhile, the vinyl revival continued in Sweden in 2016, with sales of the analogue discs up by 38.7 percent that year alone, creating 45 million kronor ($4.9 million) of income and accounting for four percent of the market total.

The popularity of CDs continues to slip by contrast: their sales were down by 9.4 percent in 2016 and made up a total of 9.4 percent of music sales.

READ ALSO: The Swedish songs that have been annoying you for years

As for what Swedes are listening to, the three Swedish albums that generated the most sales in the country last year were Kent's “Då som nu för alltid”, Miriam Bryant's “Hisingen och hem igen” and “Roadtrip” by Lasse Stefanz.

The Swedish singles that created the most sales were “The Ocean” by Mike Perry feat. Shy Martin, “If I were Sorry” by EuroVision entrant Frans, and Laleh's “Bara få va mig själv”.