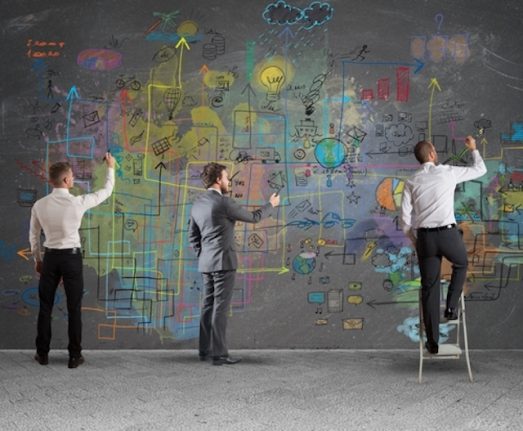 Sweden is also known globally for being an innovation hub; Ericsson, Tetrapak, Alfa Laval, H&M, and IKEA are part of the big players league in the global economy. But not a surprise to many, Sweden is doing good on the startup scene with Stockholm being in the second place with the most billion-dollar startups per capita after California. The city is labeled as a ‘Unicorn Factory’, with companies like Spotify, Skype, Mojang, King and Klarna.

Part of Network for Future Global Leaders mandate is to build a real bridge between Sweden and the rest of the world through us, the alumni network, a bridge that transcends politics and formal relations and connects us as humans first, yet also on the societal and economic levels at large and for real.

Presumably, Swedes are creatively driven by their combo of independence, openness and long tradition of DIY due (maybe) to the harsh weather conditions, dark days during the long-long winter, and their frequent Fika tradition; YES, Kannelbullar can be inspirational!. With that being said, Swedes are driving innovation and impact in our countries as well, in the Middle East in particular. Here I introduce six Swedes who are doing great while enjoying the long lasting sun of the middle east.

Careem, described as Uber’s middle eastern rival scaled to dominate the car sharing market and was recently valued amongst the middle east very few billion dollar startups. Magnus Olsson is the Swede behind it with his partner Mudassir Sheikh. The startup is based in Dubai and is employing 40,000 drivers across 25+ cities around the region. He’s a Lund University grad and a former McKinsey & Company management consultant.

Swedish startup scene veterans Pierre and Henrik have moved their chess to the middle east, establishing their investment company Merro to boost the startup scene in the region with some wise funding in online marketplaces like Propertyfinder, Dubicars, and Opensooq. They bring their track-record and long experience in this domain; Pierre was the CEO of blocket.se (you must have used that one if you live in Sweden), and Henrik played a major role at Kinnevik as its Head of Investments (zalando, TELE2, Qliro, among others).

Nowadays, Aurore is part of the great team at EQT, particularly, heading Together — a European matchmaking platform for early stage investors and startups. Earlier, Aurore made her impact visible while being a Partner & Head of Entrepreneurship and Investment for MENA at Your Middle East; a media platform that started as a grassroots movement with a mission to work for positive change in the Middle East and North Africa (MENA) region. I remember her visiting Jordan frequently and promoting women entrepreneurship through #YMEstartup platform.

Co-founder and managing editor of Your Middle East, an independent media platform with 900+ contributors worldwide, 150.000 readers/month and 100.000 followers on social media. With Aurore, he organized a series of startup events (#YMEstartup) in nine Middle Eastern cities, focusing on female entrepreneurs. He’s Malmo University & Damascus University grad, and he used to work at the Swedish Institute (as a consultant), and contributes constantly to Swedish media outlets.

Jenny is an Investment Principal at Silicon Badia, one of the leading venture capital firms investing in technology companies around the region, Where i believe her role within such organization, presents a driving force for the startups’ scene in MENA. Prior to venture capital, Jenny was the Head of Asset Management at Awraq Investments, the investment arm of Cairo Amman Bank, covering regional and international equity and fixed income markets. She has been in the region since 2007.The Swedish role in the global peace and progress of other nations is notable, and where Sweden’s foreign policy is also weaved around values related to peace, democracy, innovation, economic development, sustainability and human rights empowerment. Sweden’s institutionalized adoption of and narrative around equity, diversity and equality sum it all. Sweden is more diverse than ever, and as much as this sounds challenging at the beginning when we think of integration and economics, this is definitely going to be rewarding for Sweden in the future. I hope that this diversity will truly connect Sweden to the rest of the world and make it more relevant as a nation and values; a true global power in the positive sense.

There must be more Swedes innovating and creating impact around the region, hopefully to be discovered soon. I will leave you for some FIKA now, so Hej då och vi ses very soon!