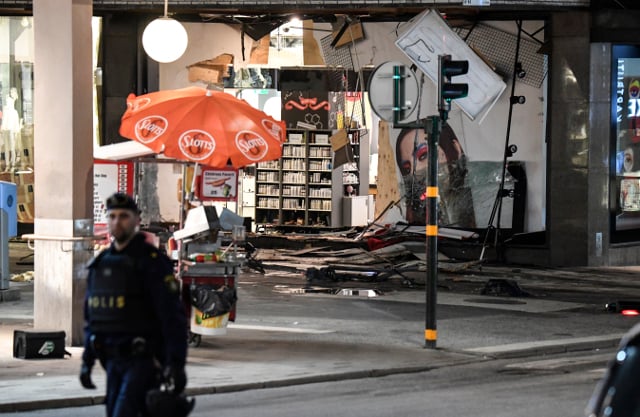 The truck crashed after driving down a busy Stockholm street on April 7th. Photo: Maja Suslin/TT

On Friday police confirmed that a woman in her 60s had died on the morning of April 28th in a hospital in southern Sweden, where she was being treated for injuries from the attack where a truck drove into crowds on the city's busy Drottninggatan street.

The woman was Marie Kide, a Green Party politician in Trollhättan city council, the municipality in western Sweden later confirmed in a statement.

“Marie leaves a huge void behind her, she was a woman with a big heart and courage in her convictions. Marie, who was also the Green Party's representative on Trollhättan's education board, always stood up for kids and for the vulnerable in society. She spread warmth and love around her, and it was a privilege to work together with her. We miss her deeply,” Trollhättan Green Party spokesperson Esther O’Hara said in the statement.

READ ALSO: All of The Local's articles on the April 7th attack

Rakhmat Akilov, a 39-year-old Uzbek national, confessed to driving the truck in the Stockholm attack and is being held in custody. No terror group has claimed responsibility for the rampage, which resembled vehicle attacks in Nice, Berlin and London.

Construction worker Akilov is a father of four who was refused permanent residency in Sweden in June 2016. He went underground last year after receiving a deportation order, police said.

He is known to have expressed sympathies for jihadist groups, including Isis.

READ ALSO: Swedish terror agreement could be reached before the summer