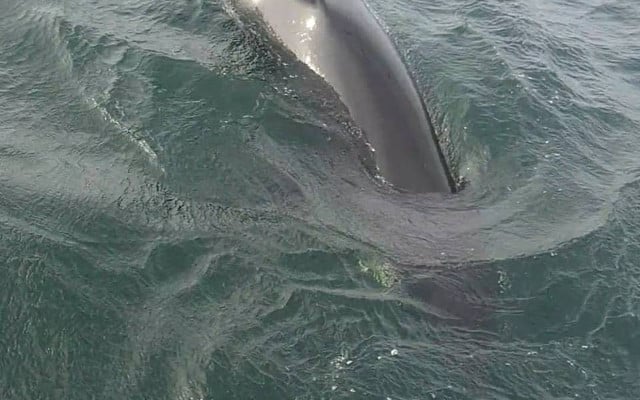 Fredrik Jonasson from Rossöhamn was out fishing for crayfish off Sweden's west coast last week when he noticed something unusual appearing in the water near the boat.

It turned out to be around four or five orcas that had taken an interest in the boat.

“They were curious and wanted to see what was going on while they were swimming by,” he told The Local.

Orca sightings are not common in the region, even for those who spend a lot of time on the sea, Jonasson explained:

“It was great getting to see them of course. You always hope to see them at some point because I work full time on the sea, but there are people who have worked their entire lives there without getting the chance to see them, so it's great”.

The Swede managed to film plenty of footage of the animals, with one video being watched more then 18,000 times on Facebook.

He has previously spotted a pilot whale while out fishing, but only from a distance and not as close as the curious orcas, who were apparently hoping to chance their luck and earn some fish.

And they were rewarded for their visit:

“We threw out some bait fish for them to try and keep them around for a bit longer”.