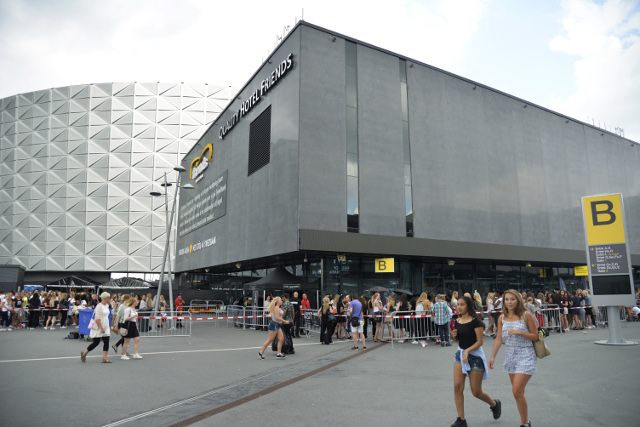 United manager Jose Mourinho led his players in a solemn minute's silence on the club's Carrington training pitches to the west of Manchester city centre. United were due to fly to Stockholm for the final later on Tuesday, but the club cancelled their pre-match press conference scheduled to take place at the city's Friends Arena.

“Due to the tragic events in Manchester last night and the effect that this has had on everyone here at our club and within our city, we have decided to cancel this evening's pre-match press conference in Stockholm,” United said in a statement.

“We are sure that, in the circumstances, you will all understand our position on this matter. Our thoughts are with the victims at this terribly difficult time.”

The Manchester side will have a team walk inside the match stadium on Tuesday evening.

“We have a job to do and will fly to Sweden to do that job,” Mourinho said in quotes published on the club's official Twitter account.

“It's a pity we cannot fly with the happiness we always have before a big
game. I know, even during my short time here, that the people of Manchester will
pull together as one.”

United's opponents in the final, Dutch club Ajax, tweeted: “From Amsterdam with love to Manchester. Our thoughts are with the victims and the loved ones of those affected.”

READ ALSO: Manchester attack 'breaks the heart of everyone with human empathy'

Ajax head coach Peter Bosz was scheduled to hold a pre-match conference at the Friends Arena later on Tuesday.

The suicide bomb attack in Manchester, which claimed the lives of children and also injured 59 people, struck after a concert by American pop star Ariana Grande at the Manchester Arena.

It was the deadliest attack to hit Britain since the July 2005 attack on the London transport network, which left 52 people dead.

European governing body UEFA said it had “no specific intelligence” suggesting the Europa League final would be targeted by attacks.

It said security arrangements had already been beefed up following last month's truck attack in the Swedish capital, which claimed five lives and injured around 15 people.

UEFA urged fans to arrive at the stadium “as early as possible” on Wednesday as “detailed (security) checks will be made at the entrances”.