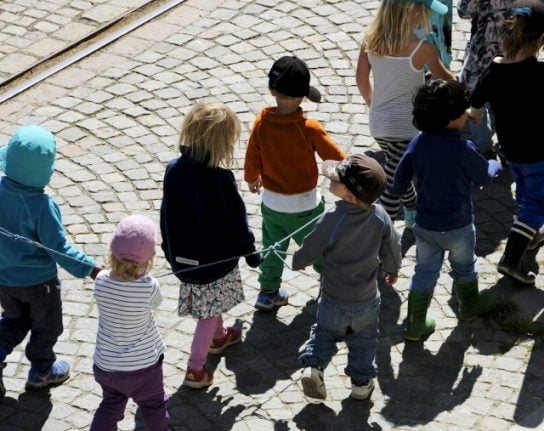 The study, carried out by Uppsala University's Child and Baby Lab in collaboration with researchers from the USA and UK, compared children who attend traditional preschools in Stockholm with those who attend preschools where gender differences are de-emphasized.

The gender-neutral schools avoid practices like using gendered pronouns (instead using a child’s name or the Swedish gender-neutral pronoun 'hen') as well as traditionally gender specific behaviour such as complimenting girls in particular on their clothes.

The study showed that children who attended those preschools made fewer gender-stereotyped assumptions about unfamiliar peers than those who attended standard preschools, and were even less likely to show a disinterest in playing with peers of the opposite sex.

As a consequence, the children who go to the gender-neutral preschools will likely have more opportunities to develop, one of the researchers who carried out the study told The Local.

“If you don't limit yourself (according to gender) you have more opportunities for developing, learning, and exposing yourself to situations that allow you to develop. So for example if you're a girl and you don't avoid the building block toys, or if you're a boy you don't avoid playing families. Boys and girls can all develop though these learning opportunities,” Dr. Ben Kenward noted.

“Avoiding playing with children of the opposite gender is something which means you're not experiencing certain kinds of interactions that could help you to develop. I think it's fairly uncontroversial to claim that, and you can make those claims rooted in scientific literature. There are studies that show that playing with building blocks for example – something many girls don't do – is an activity known to help develop spatial cognitive skills,” he added.

READ ALSO: What Sweden can teach us about gender

One other potential limitation is that as families chose the preschools the children attended, there are questions over whether differences in family background caused the effects observed. When families who reported choosing their preschools because of gender-related aspects of pedagogy were removed from the sample the effects remained however.

Similar research comparing children who attend gender-neutral preschools with those who attend more typical schools did not previously exist, despite being needed to judge whether gender-neutral practices can affect children's perceptions and thoughts on gender. The Swedish study is unique therefore.

“There's a long tradition in Sweden of investigations and introspection over what teaching practices may lead to, but this is the first time an evaluation has really compared what the behaviour is like in these preschools in a quantitative statistical way,” Kenward explained.