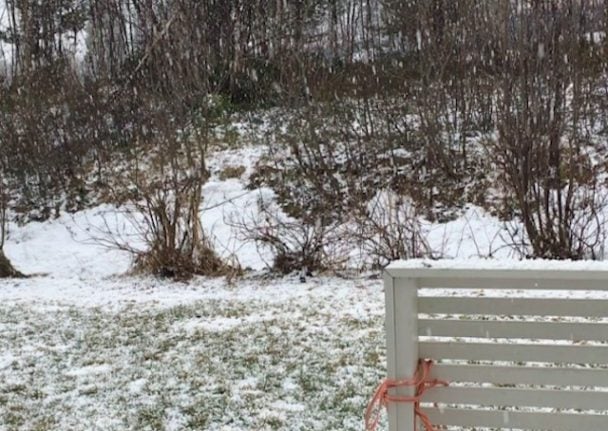 Snow in Kiruna on June 1st. Photo: Ulrica Strålind/Instagram @ulricastralind
Last month in Sweden was a month of extreme weather. The far northern parts of Norrland saw record-low temperatures, the lowest since 1968 according to preliminary figures from the Swedish Meteorological and Hydrological Institute (SMHI).
READ ALSO: May in Sweden: Swimming season in the south, snow in the north
So surely, summer should be here by now? Well, think again – this is Sweden, after all.
On June 1st, snow was falling over the small village of Kåbdalis in the northern county of Norrbotten.
“June 1st! From clear blue sky (and freezing cold) to snow storm in one minute. Yes, I do like snow. And I like winter. But maybe not in June,” Kåbdalis resident Marie Nygårds wrote on Instagram.

In the arctic mining town of Kiruna, also in the Norrbotten county, residents got to experience a mix of weathers:
“Hail, snow, thunder, +2 in Kiruna,” Ulrica Strålind wrote on Instagram.

Other Swedish weather extremes in May: