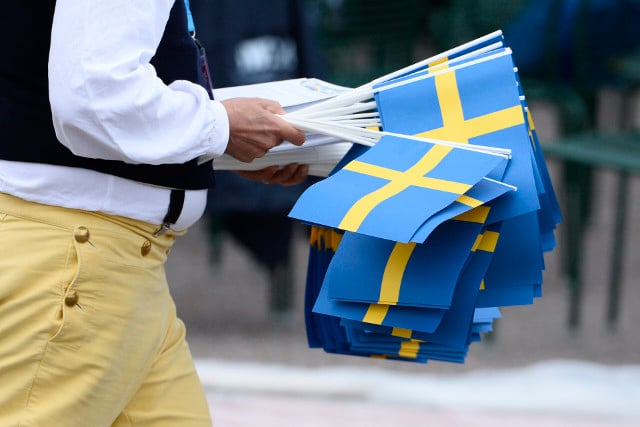 It looks like this year's Swedish National Day will be one to spend outdoors. Photo: Claudio Bresciani/TT

Warm weather finally arrived in the country in the middle of May, but it didn't last long, with the last week dominated by a return to unpredictable conditions, downpour and even snow.

Fortunately, it looks like the rain will take a hiatus and the sun will reappear on June 6th – National Day, a public holiday in Sweden.

“It looks like it will be quite good weather in many parts of the country. There could be some localized rain showers in eastern Götaland, Värmland, Dalarna and Jämtland but otherwise it'll be dry weather,” Therese Fougman, a meteorologist from national weather forecasters SMHI told news agency TT.

Two of Sweden's three provinces, Götaland and Svealand, are set for temperatures around 20 degrees Celsius, while even southern Norrland is expected to experience a moderate 15C. The northern part of Sweden's northernmost province will be between 10 and 15 degrees.

It's advisable to celebrate the public holiday outdoors and have that barbecue while you can, as the sunny weather is due to disappear later in the week. Rain is expected to return in the early hours of Wednesday morning.

“It looks like there could be quite a large amount of rainfall in some places. The exception is northern Norrland, which will have nice weather on Wednesday with temperatures around 20C, but after that the unpredictable weather will also arrive there,” Fougman explained.