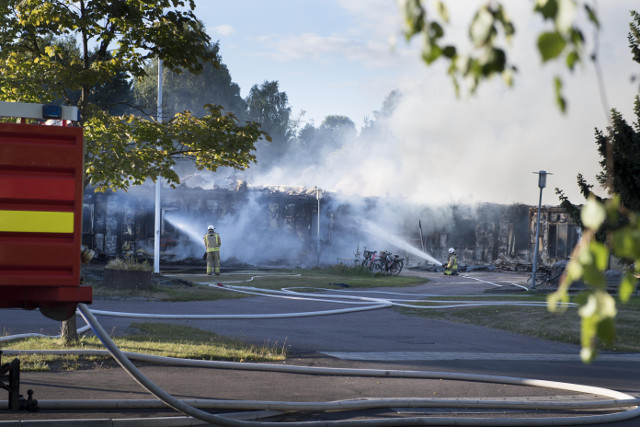 The fire in Skoghall started at 6pm on Wednesday and spread rapidly, leaving two of the three parts of the building destroyed. A man and a woman who work at the centre were taken to hospital with injuries caused by smoke inhalation.

The blaze was eventually extinguished during the night, though emergency services workers remained at the scene on Thursday in the hope of carrying out a forensic investigation of the site.

“We're watching the place now. It’s cordoned off until the technicians can check it. We’ll see when they can do that, depending on how hot it is,” Värmland Police chief Jan Materne told news agency TT.

There is currently no concrete evidence that the fire was deliberate, nor any suspects, according to the police.

The blaze occurred only a few weeks after two fires at an asylum centre near Ystad in southern Sweden, which police suspect was deliberate and caused by the same culprit.

Arson attacks on Swedish asylum facilities have been a common occurrence since the number of refugees coming to the country peaked in 2015.

READ ALSO: Sweden sees no let up on attacks on refugee centres