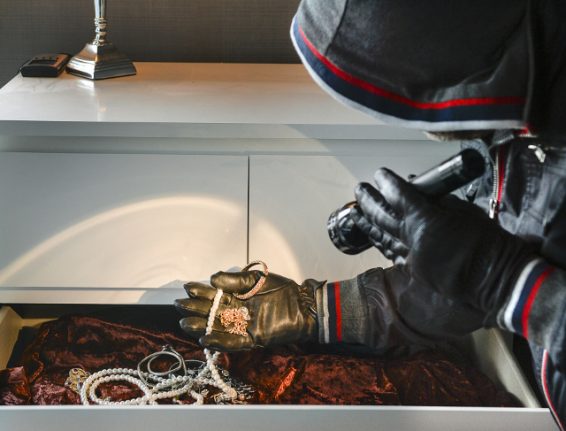 The networks are already believed to be responsible for up to half of reported household burglaries in the country, according to the report which public broadcaster SVT had access to, and an increase in the future is expected.

Police say the thieves are generally from Eastern Europe, the Balkans, Baltic region and South America. Well organized, with good economic resources and a clear structure, they are often controlled remotely from abroad.

“They are career criminals, they're not addicts, and they're men. They're between the age of 20 and 40 and consist of an inner core that have known each other for a very long time and have a long career of crime behind them,” Stefan Pettersson, international crime department spokesperson from Swedish Police National Operations Department (Noa), told SVT.

The thieves primarily target small valuable items that are easy to transport out of the country such as gold jewellery and watches. And some of the networks even work together both in Sweden and abroad, including loaning thieves to help cover shortages of personnel.

Police warn that the problem cannot be solved by Sweden alone, and that more cooperation between countries in the EU is needed to halt the progress of the networks. The methods used by thieves in Sweden aren't always sophisticated, as exemplified by half a dozen burglars who rammed a wheel loader into a Chanel store in Stockholm earlier this year. They failed to gain access to the premises.