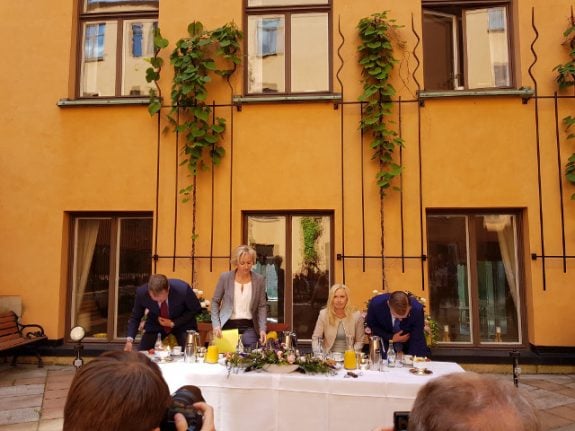 Openness is one of Sweden's core values, and as an immigrant, the extent of that can be jarring at times. The ability to find out where some of the most famous people in the land live (or pretty much anyone in the land for that matter) at the click of a button is one such detail that will strike many foreigners as unusual.

Fika, a daily coffee break with something sweet on the side is another Swedish institution (and perhaps one that’s easier to swallow for the newcomers). In the summer months, Sweden combines the two ideas through regular “pressfika” meetings with the government. It does exactly what it says on the tin: journalists are invited to the government's Rosenbad building in central Stockholm and get the chance to have coffee and cake with some of the most important decision makers in the country. The ministers present some of their latest decisions, and if you're really lucky, it takes place outside in the sunshine. It's a door and made out of copper. Guess what it's called? Photo: Lee Roden

The Local was indeed lucky with the weather this week – it's a pleasant 21 degrees celsius and sunny in the Swedish capital today – but not so lucky with our timing. After turning up at Rosenbad's “copper door” (Kopparporten) 10 minutes early in an effort to get a good seat, a security guard politely put an end to that hope with a stern look.

Flexibility is not a particularly Swedish concept. Rosenbad, the park, and some strict security. Photo: Lee Roden

Sure enough, at 9:45 on the dot journalists were taken through a security check then escorted upstairs to a sun-bathed courtyard with a pretty fancy looking spread of cakes, coffee, juice and fruit (complete with china cups), plus a separate table with the same items for the four government ministers who would arrive shortly. And if you thought the cakes were only for show, guess again: there was something undoubtedly amusing about watching Ygeman tuck eagerly in to a strawberry tart while Hellmark Knutsson attempted to captivate the highly caffeinated audience with information about plans to revise the way nurse practitioners are trained in Sweden. In truth, the government decisions presented weren't exactly big hitters from a news point of view, perhaps by design and not accident given the relatively informal set-up, and exemplified by the awkward silence at the end of the presentation when one of the ministers asked “any questions?” before quickly noting “no questions it seems. Moving on…”.

Nor was it a packed house – this is July in Sweden, half of the country is on vacation, and there were even a few stowaways. After striking up a conversation with one person presumed to be a journalist, The Local was informed “to be honest, I work for the Social Democrats, I just sneaked in for some coffee and cake”.

READ ALSO: The worst things about July in Sweden Journalists (and others…) talking to the ministers. Photo: Lee Roden

Even if the details weren't necessarily the juiciest this time, the government pressfika concept itself does provide some insight into Swedish culture: the whole openness thing isn't just for show, and it is hard to imagine important members of the cabinet from some other countries sitting down for an informal weekly round of coffee and cinnamon buns with journalists.

When asked how long the practice had been around, one member of Rosenbad staff seemed almost baffled by The Local’s intrigue: “As long as I can remember. I suppose you maybe don't have the same kind of access back in the UK?” Not to the government's cake supply, in any case.

As a final point of insight into Swedish life, here's how The Local got to the pressfika in the first place: It is summer in Sweden, after all. 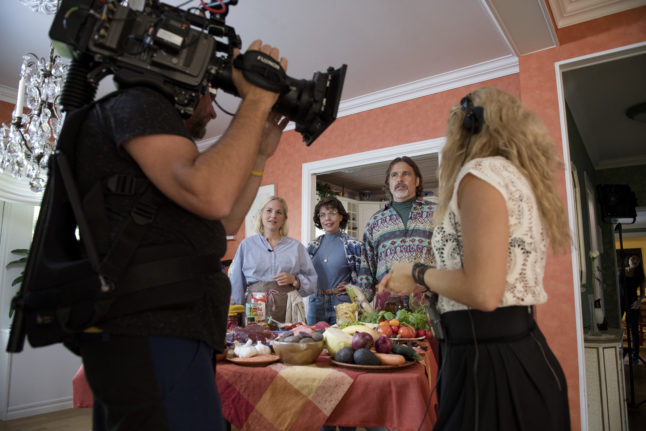