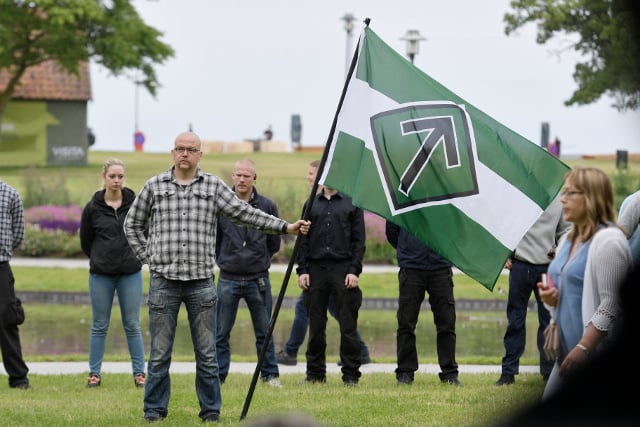 Her remarks came after the Nordic Resistance Movement (NRM), which has its strongest base in Sweden, held a demonstration in Kristiansand, southern Norway.

“We must ensure that the organization, which primarily comes from a Swedish background, does not get a foothold in Norway and that they do not recruit Norwegian youth,” the PM told Norwegian television station TV2.

Up to 70 right-wing extremists marched through the city on Saturday without seeking the proper permits from local officials. Police were criticised for failing to act, but have defended their response and said they handled the demonstration properly.

Following the demonstration, 18 Swedish members of the group were stopped at the border and expelled from Norway by the country's Eastern Police District. Extremists from Finland were also part of the group that marched.

The NRM members were outnumbered by roughly 300 Norwegians who turned out for a counter-protest. In July the neo-Nazi group caused disturbances at Sweden's annual Almedalen political meet-up, shouting slogans during speeches by two MPs, leading to one person being arrested after he became violent towards police.

Green Party MP and education minister Gustav Fridolin said he was “proud to be someone Nazis consider an enemy” after his speech was disrupted.

Earlier that month meanwhile the group lost a trademark battle with German deep-freeze firm Nordfrost, which claims to be the “number six in the world in the deep-freeze sector”. As a result of the ruling by Sweden's Patent and Registration Office, the NRM can no longer use the “Nordfront” name on marketing materials, including leaflets.