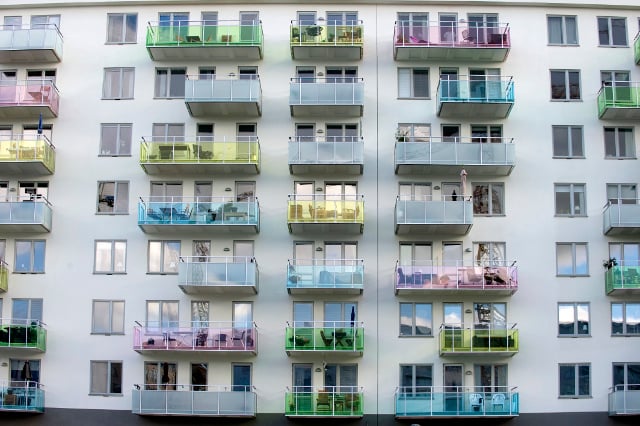 At the turn of the year the number of people present in the waiting list for an apartment from the Stockholm Housing Agency (Bostadsförmedlingen) passed the half a million mark for the first time ever, and it has now grown to 578,366 in the time since – a new record figure, newspaper Svenska Dagbladet (SvD) reports.

READ ALSO: Over half a million now waiting for apartments in Stockholm

As of July 2017 it will on average take several decades to earn an elusive first hand rental contract in central areas like Vasastan (23.2 years), Kungsholmen (21.2 years) and Östermalm (19.8 years), but it's not only attractive inner city locations that have a laborious queue of people waiting to snap up housing these days.

Suburbs like Husby (12.6 years), Fruängen (11.1 years), Rinkeby (10.3 years) and Tensta (9.3 years), all several kilometres outside of the city centre, require those hoping to find a flat through the system to wait around a decade. The average waiting time for Stockholm as a whole is now 10.8 years.

The agency signed off on 7,170 rental contracts during the first half of the year meanwhile. Bostadsfrömedlingen has previously explained that fewer apartments were released in 2016 due to building work.

“The trend has been going on for a long time. The housing queue grows by an average of 8-9 percent annually. During 2016 some housing companies said they had to do major renovations, and released fewer apartments,” marketing head Marika Nordström told SvD.