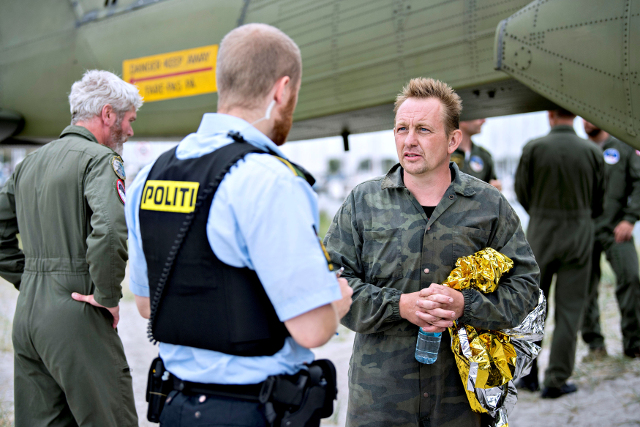 Madsen is expected to appear in person at the court hearing due to begin at 2pm, according to the Danish public prosecutor's office.

The 46-year-old inventor has been in custody since August 12th suspected of “negligent manslaughter” in a grisly case that has puzzled investigators and shocked the public.

Freelance journalist Wall's torso, with head and limbs cut off, was found floating in Køge Bay off Copenhagen on August 21st, ten days after she went missing while interviewing Madsen aboard his homemade submarine for a feature story she was researching about him.

Madsen had insisted that he had “buried Wall at sea” after she died on board due to an “accident”.

Investigators say that the body's legs, arms and head, which have not yet been found, were removed deliberately, and that the body had been tampered with to make it sink. Wall's blood was found inside the submarine.

“We will try to hold him in custody on a murder charge … after her body was found,” special prosecutor Jakob Buch-Jepsen told the AFP news agency on August 24th.

Authorities are still searching for the rest of her remains, which they hope will provide some clues about the cause of death. Investigators have not commented on a possible motive.

The court is expected to ask Madsen to undergo a psychiatric evaluation. After Wall failed to return home following her interview on August 10th, her boyfriend reported her as missing on August 11th.

That same day, Madsen was rescued from waters between Denmark and Sweden shortly before his submarine sank.

Investigators recovered and searched the vessel, which police believe he sank intentionally.

After scanning the submarine to rule out any hidden compartments and to “search for clues to the crime” on August 29th, the police announced nothing new had been found.

Madsen is a self-taught engineer who, in addition to launching his homemade submarine, has also successfully launched rockets with the aim of developing private space travel.

The 18-metre Nautilus was the biggest private submarine ever made when Madsen built it in 2008 with help from a group of volunteers.

The volunteers were engaged in a dispute over the Nautilus between 2014 and 2015 before members of the board decided to transfer the vessel's ownership to Madsen, according to the sub's website. In 2015, Madsen had sent a text message to two members of the board claiming: “There is a curse on Nautilus.”

“That curse is me. There will never be peace on Nautilus as long as I exist,” Madsen wrote, according to the volunteers.

Madsen has spent his life attempting to break the boundaries of sea and space.

“My passion is finding ways to travel to worlds beyond the well-known,” he wrote on the website of his Rocket Madsen Space Lab.

Danish police are still searching for the clothes Wall wore on the submarine: an orange fleece, a skirt and white sneakers.

A graduate of the Columbia School of Journalism in New York, she had planned to move to Beijing to pursue her career.

Wall had written about the earthquake-hit ruins of Haiti, the macabre torture chambers of Idi Amin's Uganda, and Cubans using hard drives to access foreign culture.