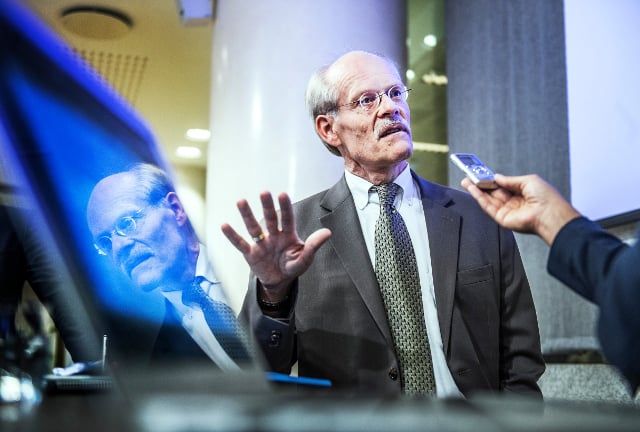 Ingves, 64, has been governor of Sweden's central bank since 2006 and his term was set to run out at the end of the year. But the Riksbank's general council decided after a meeting on Friday to renew his mandate.

“Stefan Ingves has done excellent work as governor of the Riksbank over the past 12 years. His broad competence and international experience have played an important role in the Riksbank's work during this time. This ensures good continuity in the work of the Riksbank in the coming years,” said Susanne Eberstein, chair of the general council, and Michael Lundholm, vice chairman, in a joint comment.

The stock market rose 0.4 percent by noon, but the krona fell by around 4-6 öre, with a Euro now costing 9.65 kronor, a reaction seen as largely in response to the Riksbank's reluctance to raise interest rates.

With Ingves at the helm, the Riksbank took the landmark decision to first slash Sweden's key interest rate, the repo, below zero in February 2015, hoping that the strategy would boost inflation to raise the price of everday goods and services which had been stagnant in recent years.

But the inflation rate was slow to reach its target of two percent, and Ingves has kept the interest rate at its current record-low -0.50 percent for a year and a half, citing among other things increased global uncertainty as a result of Britain's Brexit vote to leave the EU.

Eberstein and Lundholm said she had “also made an excellent contribution to the work of the Riksbank during the past six years, not least within the field of financial stability, where she also has several international assignments”.

During Ingves' years at the Riksbank it has also undertaken a complete overhaul of Sweden's coins and banknotes changing the design of billions of kronor, and announced plans to create a new digital currency.