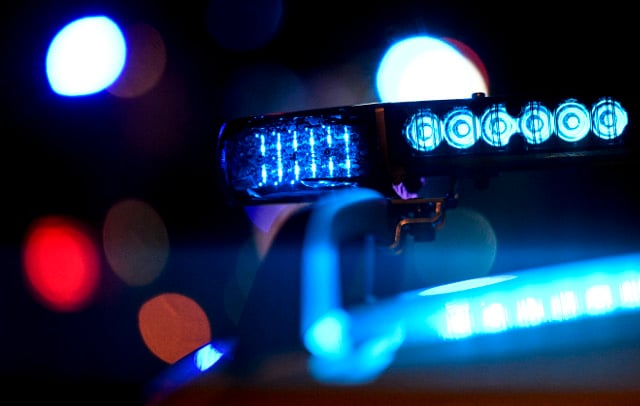 The real officers were alerted when their civilian police vehicle was overtaken on Sunday by what appeared to be another police car driving with its blue lights flashing on the E6 highway near Ängelholm, southern Sweden.

Suspicious, the officers checked the registration number on the car that sped past them only to be informed by colleagues that the police car registered to the number plate was nowhere near the E6 at the time.

They pursued then managed to stop the fake police car, which was being driven by a 24-year-old. Its licence plate turned out to be a copy of the one on the real civil police car they had radioed about.

Police-style clothes and equipment including pepper spray were also found in the stopped vehicle.

“The question is whether he for example also stopped cars and pretended to be a police officer. We don’t know that. But if someone suspects they encountered him, pleasure get in contact with us,” Eva-Lotta Hermansson Truedsson, a communications head for the police in Skåne told local paper Helsingborgs Dagblad.

The 24-year-old is now suspected of the crimes of pretending to be in public service, weapons crimes, label forgery and carelessness in traffic.

Incredibly, last year three different men in a fake police car were also caught when they tried to stop a man in southern Sweden who turned out to be an off-duty officer.

The trio flagged down the off-duty police officer near Vrigstad in rural Småland. In hindsight, not the smartest move.