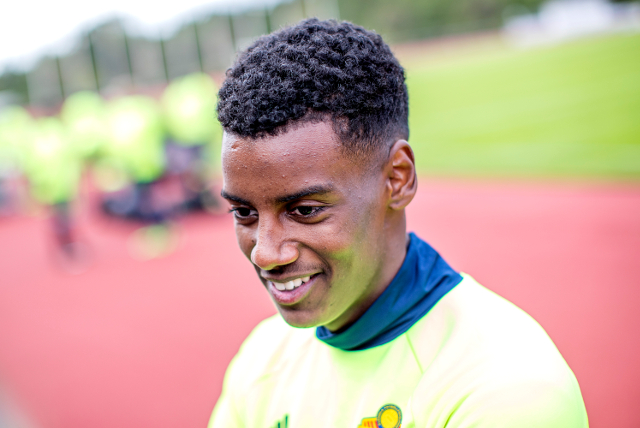 The 18-year-old Isak scored and set up a goal on his first start for the club with star striker Pierre-Emerick Aubayemang rested by the Cup holders.

Dortmund hope the Sweden international, who had previously only made four substitute appearances for the side, can grow to become Aubameyang’s future replacement.

Isak laid on a goal for Gonzalo Castro, who scored with his first touch of the ball on 42 minutes, then showed ice-cool finishing by slotting home on 47 minutes.

The floodgates opened in the final 16 minutes as Ukraine winger Andriy Yarmolenko converted a penalty after a handball as Magdeburg’s defence tired.

This was Dortmund’s first win in four games having seen their five-point lead evaporate in the Bundesliga, but they stay top of the league on goal difference from Bayern Munich.

Dortmund coach Peter Bosz made seven changes from the side which drew 2-2 at Eintracht Frankfurt last Saturday.

Captain Marcel Schmelzer made his first start after six weeks out with a leg injury, while Germany winger Andre Schuerrle came on for Isak late on to make his comeback after injury in August.

Schalke are also into the third round after their 3-1 win at third-division Wehen WI, while Eintracht Frankfurt enjoyed a 4-0 thrashing of fourth-tier Schweinfurt.

The plum tie of the round takes place on Wednesday when RB Leipzig host Bayern Munich in a clash of last season’s Bundesliga top two.