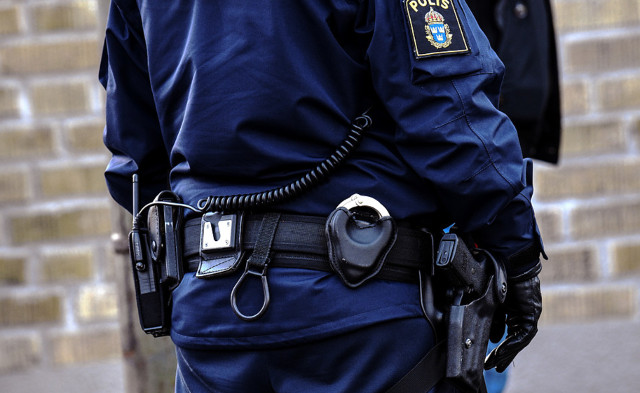 File photo of a Swedish police officer not related to the story. Photo: Johan Nilsson/TT

The incidents took place at the end of May in the southern Swedish city, and started when the man was reported for misconduct after taking a picture of a suspect during an arrest, then sending the image to the person's partner.

Along with sending the picture the officer also questioned why the partner was in a relationship with the suspect.

It didn't stop there however: the officer continued to contact the suspect's partner, and the officer then subsequently sent images of his genitals.

The preliminary investigation over misconduct was dropped and the police officer is now instead being investigated suspected of sexual harassment.