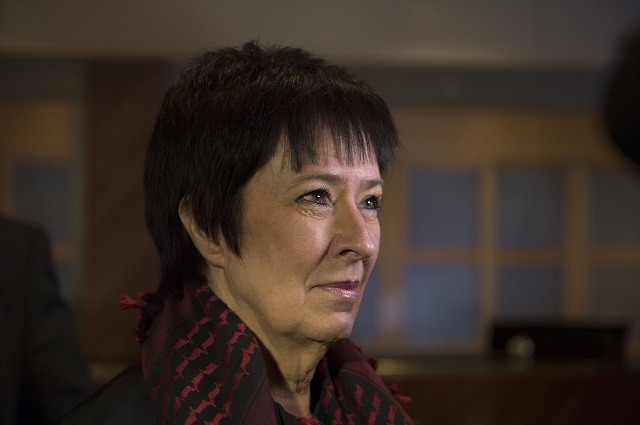 “It's income which she didn't account for in the declaration as a sole trader,” district prosecutor Arne Fors told the TT newswire.

Altogether, the evasion amounts to 217,000 kronor ($2,630), according to Aftonbladet, which cited the prosecutor.

“She has admitted the crime and accepted the penalty,” Fors confirmed.

The case includes three monthly salary instalments paid out to an employee which were not accounted for in her tax declaration. According to Aftonbladet, the employee was a bodyguard involved in a previous probe of Sahlin.

Sahlin, who is also the former leader of the governing Social Democrats, resigned last year after reports emerged that she had signed a certificate significantly exaggerating her bodyguard's 43,000 kronor monthly salary, saying that he earned 120,000 kronor so that he would be granted a mortgage and could buy an apartment.

When confronted by the Expressen tabloid, Sahlin initially claimed that she had paid the difference out of her own pocket, before retracting that statement when it was proven by Expressen to be false.

When the story about the certificate broke it was also revealed that she owed a significant debt to Sweden's state bailiff, Kronofogdemyndigheten, in unpaid taxes. She subsequently paid off the 215,000 kronor debt, but Expressen later claimed that she had again more failed to pay all of the taxes she owes, to a total of 361,782 kronor.

In February this year, Sahlin admitted that she had committed a crime and her lawyer said that she was willing to pay a fine.

At the time, her lawyer said Sahlin's intention had never been to provide misleading information for the financial benefit of herself or anyone else.

“When she wrote these certificates her starting point was that this would end up being his salary, but afterwards that didn't happen, and above all it wasn't the case when she wrote the certificates. As such the legal assessment is that there has been a misrepresentation,” her lawyer, Claes Borgström, told TT at the time.