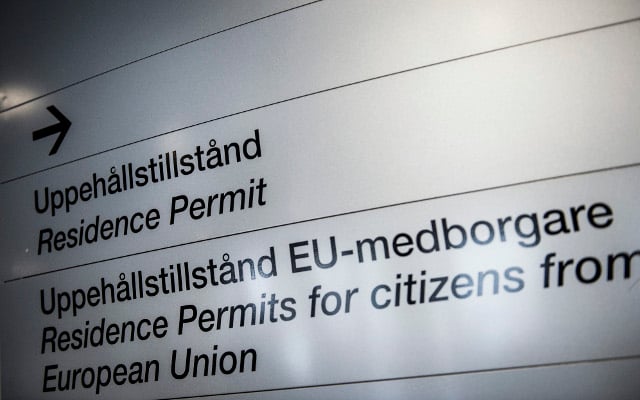 A government amendment which came into force on Friday will prevent foreign workers from being deported over mistakes in their paperwork if these mistakes are corrected before they are picked up by the Migration Agency.

As The Local has reported, hundreds of foreign professionals have been ordered to leave the country due to strict rules over work permits. This is due to legislation introduced to prevent foreigners being exploited by employers who fail to deliver the salary and working conditions agreed on when the permit is issued.

IN DEPTH: Why Sweden is deporting its foreign professionals

But the laws are implemented in such a way that even when workers and their employers have done their utmost to do things by the book, they can find themselves facing deportation.

Under the new amendment, workers will be able to stay in the country if employers correct the errors made, but only if this is done before the Migration Agency detects the mistakes.

But campaigners say that this measure will not, in practice, have an effect on the majority of cases, and Sweden's Work Permit Holders Association has called it “too little, too late”.

For one thing, the legislation will not affect those cases already in progress. And the errors in question are often very minor, such as a small deviations in salary for a short period, or a failure to take out all necessary insurance policies as soon as the person is hired — something which may not even have been possible at the time if, for example, the worker had not yet been issued with a personal number. This means that they are not always picked up before the Migration Agency’s assessment.

The government has also ordered an inquiry to suggest alternative legislation to deal with the limits of this proposal and ensure that decisions on work permits are made using a ‘principle of proportion’. That report is due to be presented by the end of the year, but any legislative change from that report is unlikely to come into effect before summer 2018.

Groups including the Stockholm Chamber of Commerce and the Work Permit Holders Association have called on the government to act faster and make the issue a priority.

Over 1,500 work permit extensions were rejected last year and though it’s hard to say how many were refused over technicalities, the figure has almost doubled from the previous four years.

In particular, it has had a huge effect on Sweden’s growing tech sector which has seen “world-class” developers deported over minor mistakes. Several employers have told The Local this is also having an impact on hiring, with workers less willing to move to Sweden when they feel they would face an uncertain future there.

As well as government legislation, the other main channel through which the problem could be solved is the courts — and that might prove to be the quickest solution.

A judgment is expected from the Migration Court of Appeal in the case of pizza chef Danyar Mohammed in northern Sweden which could set a precedent for how work permits are handled. Mohammed was paid 460 kronor (about $55) below the agreed monthly salary for a few months, though his employer raised the salary and compensated him for the back pay once the mistake was noticed.

If the court rules in Mohammed’s favour, the decision will have an immediate impact on how the Migration Agency handles work permit extensions, and Sweden’s Centre for Justice, the body assisting Mohammed with his appeal, was told in October that the decision would be handed down in November.

However, Fredrik Bergman, the non-profit public interest law firm’s Chief Legal Counsel, confirmed to The Local that the decision had not yet been received.