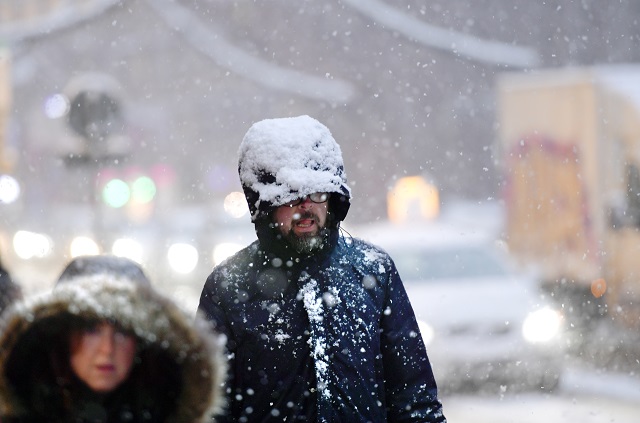 On Monday, snow and ice led to delays and accidents during the morning commute across Sweden, with several traffic accidents on the E4 between Nyköping and Norrköping, according to the Aftonbladet daily.

“It shouldn't be a shock that winter is here, but motorists always seem to be surprised,” Eric Björkholm from Sörmland police told the daily. “People should be better prepared and watch their speed and keep their distance to reduce the risk of accidents”.

Sweden's Transport Administration also warned drivers to be careful on the roads due to the risk of skidding on ice on Monday.

And SVT reported that more snow was expected on Monday evening, with the broadcaster's meteorologist predicting “large amounts of snow” in Götaland and Svealand, the two southernmost 'lands' in Sweden, encompassing the capital Stockholm as well as the country's two other major cities, Gothenburg and Malmö.

There were also minor delays on the E6 north of Gothenburg, which reopened in the early hours of Monday morning after several hours of closure due to heavy snowfall in the area over the weekend.

No serious injuries were reported as a result of the disruption, but the Swedish Transport Administration said there had been several collisions as well as cases of vehicles getting stuck in the snow, and several local bus routes were cancelled. There were significant delays on the road with queues stretching for kilometres.

On Sunday evening, all air traffic to and from Gothenburg's Landvetter Airport was suspended for almost two hours, while road traffic across western Sweden also suffered major disturbances.

Swedavia resumed flights to and from the airport at 8 pm, but with a restricted number of departures and landings, so delays continued through the night. While Landvetter was closed, several flights were diverted to different airports, including in Copenhagen and Stockholm.

There was heavy snow across a large part of northern Europe at the weekend, with hundreds of flights disrupted in Germany, and the UK experiencing its most significant snowfall in four years.