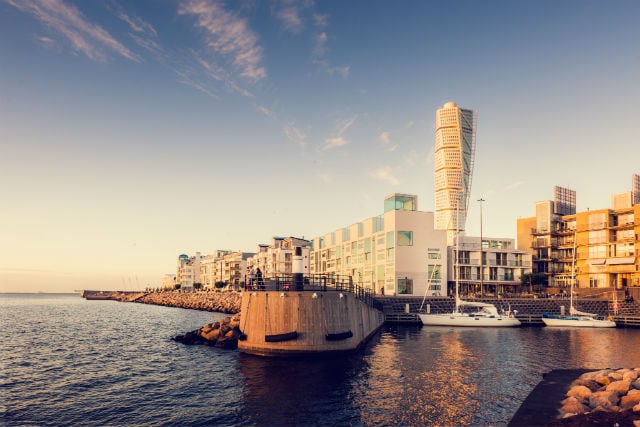 In Malmö, Sweden’s third-biggest city, games are something that are taken seriously.

After all, developing a game that makes $330 million in its opening week is no child’s play. But that’s exactly how much Tom Clancy’s The Division generated for Malmö-based game studio Massive Entertainment when it was released in March 2016.

Its success was soon outshone by news that Massive would partner with Lightbox Entertainment and Fox Interactive to develop several games based on James Cameron’s Avatar world.

The deal will lead to hundreds of new jobs in Malmö and the chance for international developers to work on one of the biggest projects in the world right now.

“Massive has been like a vacuum, sucking up talent from all over the world and bringing it to the region,” says Peter Lubeck, CEO of non-profit, community-driven organisation Game City. He adds that since the gaming behemoth established in Malmö twenty years ago, it has pulled in some of the world’s hottest developers. Many have since gone on to found their own studios in the region or join other emerging companies, expanding the region’s gaming ecosystem.

There are now around 30 gaming companies in Malmö, ranging from Midnight Hub — a small indie studio of five developers who are currently working on the upcoming mystery game “Lake Ridden” — to gaming giants Massive and Candy Crush developer King which has a studio in the city.

“The gaming industry is Malmö is very supportive and inclusive,” says Sara Casen, studio manager and producer at Midnight Hub. “Big studios rub shoulders with smaller teams and share knowledge over the borders.”

It’s this community spirit that led the companies to collectively set up Game City in 2013. The member organisation’s goal is to increase collaboration and turn southern Sweden into Europe’s leading game region.

“We’re now the hub for anything to do with game development in the region. We interact with public officials, politicians, and people from other industries that are somehow interested in the games industry or want to collaborate,” explains Lubeck.

It’s the first port of call for anyone looking to get in touch with any of the game development companies in Malmö, organising everything from developer meet-ups to knowledge-sharing sessions, workshops and talks.

Most recently, Game City cooperated with Minc, an incubator for startups and entrepreneurs, to start Minc Game. The extension focuses solely on helping startups turn game ideas into game businesses.

“The games industry has a very specific combination of factors that makes it hard for people outside the industry to understand or support it. So we started Minc Game to help the Minc team with the game companies.”

In its bid to become Europe’s gaming capital, Malmö is doing much more than nurturing the existing talent. It’s also training up the gaming talent of tomorrow at its university and at the university in nearby Lund to guarantee future growth.

Likewise Malmö’s Game Assembly, an organisation that trains game artists, game programmers, level designers, and technical artists, has educated seven percent of the Swedish games industry. It was named the second-best game design and development school in the world by The Rookies, an annual awards and mentor platform.

But Malmö’s strength as a gaming capital lies in the diversity of its gaming community, which encompasses much more than developers and designers.

In November 2017, Ludwig Sandgren set up The Final Tribe, a new eSports club based in the city.

“We want to build an eSports legacy based here in Malmö,” says Sandgren. “The plan is to become one of the best eSports companies in the world.”

Along with Malmö e-sport, a non-profit organisation that organises e-sport tournaments and creates training sites for players to meet, there’s huge potential for The Final Tribe to put Malmö on the map for eSports as well as game development.

Originally from Gothenburg, Sandgren moved to Malmö to form his team and says he feels as though in Malmö he has the chance to make a difference.

“It’s such a vibrant place to be. Coming from a bigger city, it feels like we’re really adding something to the ecosystem and contributing to the growth with something new.”

There’s just one final but crucial factor that truly propels it ahead of its competition.

“People here are very keen on helping each other. The gaming community in Malmö is the friendliest and most supportive in Europe.”

This article was produced by The Local Client Studio and sponsored by Malmö Stad.