Much of the process can be done online if you have a Swedish electronic ID. Photo: Isabell Höjman/TT
Lee Roden
[email protected]


Whether you're in tech, media, or a different industry entirely, it's increasingly common to work as a freelancer these days, and internationals coming to Sweden are no exception. Struggling to get set up and navigate the country's system? Read our guide for some help with the basics.

Many freelancers choose to work as sole traders rather than opening a limited company, and that's the method we'll explain in our guide. To do that in Sweden you essentially need to be registered to pay two key things: F tax (f-skatt) and VAT (moms).

To register for F tax and VAT you need to inform the Swedish Tax Agency (Skatteverket) that you wish to do so. You'll also need a personal ID number (personnummer), so make sure to have that established before starting.

Have one of Sweden's “e-legitimation” digital IDs? Good news: you can register for F tax and VAT online. For those without a digital ID the alternative is the paper method. Fill in the form (found here), post it to the address on the bottom right of the last page, and Skatteverket should contact you with an update on the registration process.

If you don't speak Swedish, either ask a fluent friend or relative you trust to help you, or contact your nearest Skatteverket office and make an appointment with an advisor there for their help – you don't want to make mistakes with key information that could be tricky to resolve later on. 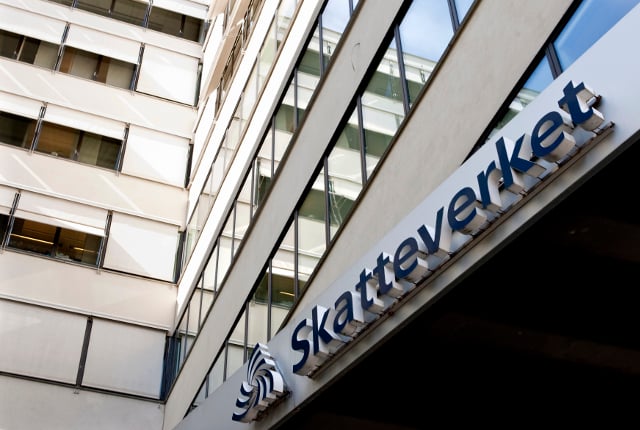 Get used to this place. Photo: Christine Olsson/TT

If you plan on registering as a sole trader in Sweden at the same time as being employed by someone, you need to register for FA tax, rather than standard F tax, which basically means being registered for both F tax and A tax (tax relating to employment).

Skatteverket has a relatively helpful English language brochure on working as a sole trader in Sweden and the difference between F tax and A tax here. 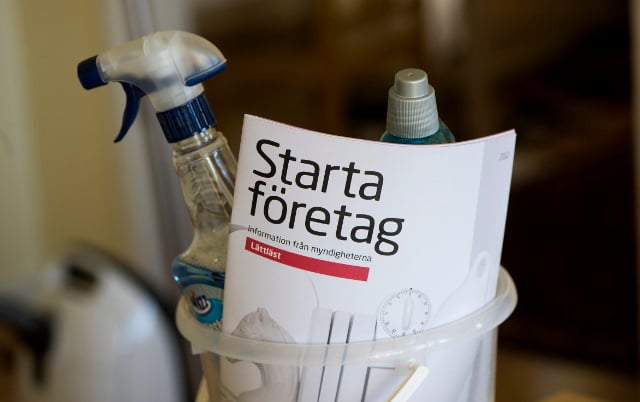 A number of brochures in English are available through Skatteverket. Photo: Fredrik Sandberg/TT

Things to keep in mind

Once you're registered and up and running you'll be expected to follow Swedish practice when it comes to accounting – which is somewhat stricter than in other places, like the UK for example.

One point to note is that Sweden does not permit bookkeeping using Excel or similar packages: if you want to use the digital method you have to use special software customized for Swedish regulations, examples of which include Zenconomy and Visma (others are available).

Unfortunately, a lot of the packages are only available in Swedish, so if you aren't competent in the language it's a good idea to hire an accountant to handle your bookkeeping in order to be safe. As a general rule of thumb, learning the Swedish language is not only useful if you're running your own business in the country, but will also likely save you money.

The other alternative is to use a paper bookkeeping ledger, known in Swedish as a “kassabok”, which can be purchased at bookshops or stationery shops in Sweden or online. 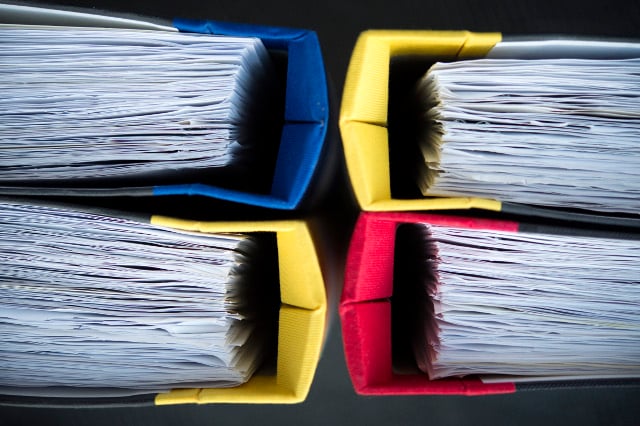 These are about to become your best friend. Photo: Jessica Gow/TT

One other important point to keep in mind – especially if you're just starting out and don't have a lot of capital to work with – is that in Sweden, sole traders pay preliminary tax every month. When you set up your sole tradership, Skatteverket will ask you to estimate how much money it will be making in the following year, and from that will calculate the amount of preliminary tax they will ask you to pay.

It's a good idea to take some time to do some genuine calculations and not wildly overestimate how much money you'll make, as if things don't quite go to plan, you'll still be asked to pay the preliminary tax based on your estimation until Skatteverket are informed otherwise. The number can later be adjusted by submitting a new preliminary tax return, but it's always easier to get things right first time as far as possible – especially when Swedish bureaucracy is involved.

Finally, after each fiscal year of business you'll be asked to submit an income declaration, which the tax agency will weigh against your preliminary tax payments then calculate how much tax is owed.

You can either fill in the return yourself or, if you are not well versed in Swedish tax returns, you can hire an accountant to do it for you. Either way, make sure to get it completed and filed with plenty of time before the deadline as to avoid incurring penalties. If you have an electronic ID, the return can be done online during the period in which filing of returns is open – otherwise it's a paper form, which can be found here. 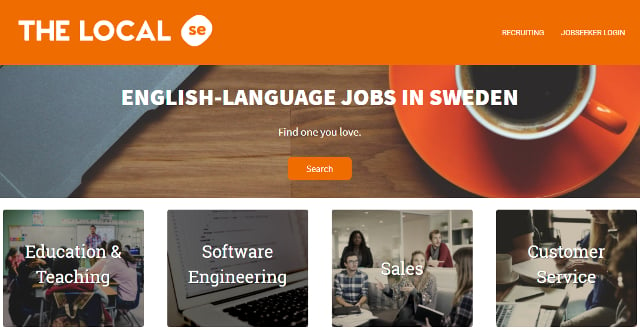