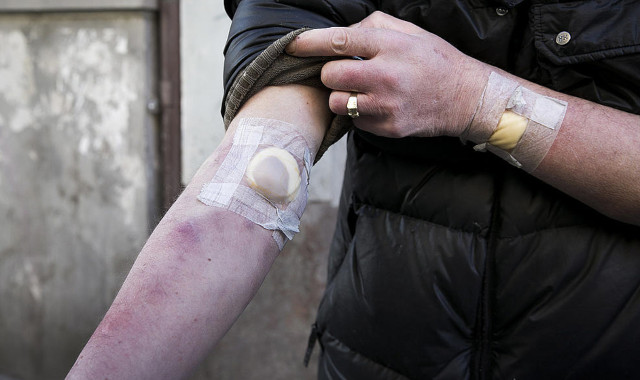 The annual number of drug-related deaths decreased in Sweden for the first time in nine years. Photo: Heiko Junge/NTB Scanpix

Since 2006 drug-related mortality has increased significantly in the country, with the annual death rate in the 15-64 age group surging from 210 to 618.

In 2016 the number of cases dropped to 543 however, according to newspaper Svenska Dagbladet who cite unpublished figures from Sweden’s Public Health Authority (Folkhälsomyndigheten). The figures cover deaths directly related to drug use such as overdoses.

But is difficult to nail down a single explanation for the dip, the Public Health Authority noted.

“It's very difficult to speculate on. It could be because treatment efforts are better, that there have been more needle exchange programmes. But also that the group using drugs has reduced, or that it has become more difficult to get a hold of the substances,” Public Health Authority unit head Joakim Strandberg told the newspaper.