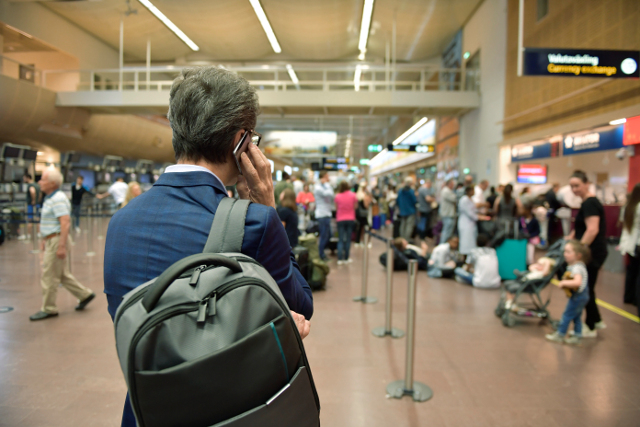 Snow and strong winds north of Stockholm meant that Arlanda was only able to use one of its runways early in the morning. The second runway reopened at around 8.30am, but knock-on delays were expected.

“Hopefully they'll be able to catch up as soon as possible. But what with the disruptions in the morning air traffic may be affected later in the day,” Victoria Ström, spokesperson for airport operator Swedavia, told the TT news agency.

Around 20 flights scheduled to take off from Arlanda before noon on Wednesday were cancelled and several others were delayed, according to Swedavia's website.

Trains running between Stockholm and Uppsala were also affected by the snow and ice with some delays reported in the morning.

Further north, police in the Västerbotten region said there had been a number of traffic accidents in the morning as a result of the weather. No major injuries were reported.

“Things can change fast when the temperature shifts between plus and minus degrees,” said Swedish Transport Administration Britta Lundqvist.