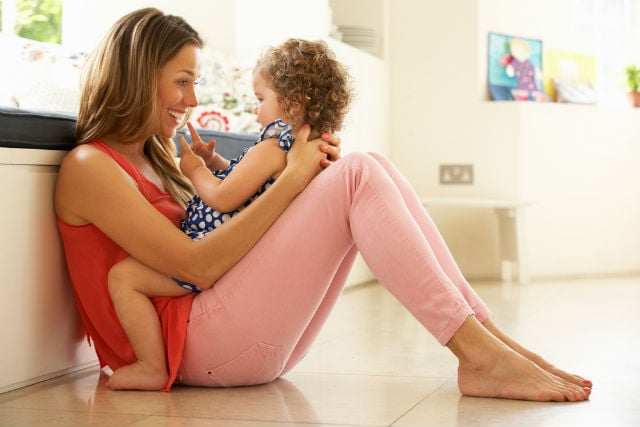 In Sweden, you’ll be hard-pressed to find a doctor who doesn’t speak English, but knowing who to call or where to go can be just as baffling. And that confusion can quickly turn to fear if your child becomes unwell.

“It was a nightmare,” says Markus Arnez-Wegelius, a Finnish-French expat living in Stockholm, talking about taking his two-year-old son Leo to see the doctor.

“It’s difficult because to get an appointment you need to book two to three weeks beforehand, so you have to wait for an emergency appointment which can take hours.”

Not to mention, he says, taking Leo from the comfort of the family home to an unfamiliar waiting room can lead to distressing consequences for all involved.

Markus recalls one time when Leo began vomiting while they sat in the doctor’s waiting room.

“We had no replacement clothes for him, and just had to wipe him down as much as possible because you don’t want to lose your spot!”

He adds there’s also the worry your child could pick up something even worse while in the waiting room.

But then Markus discovered the Swedish healthcare app KRY, and in an instant clinic waiting rooms became a thing of the past.

“The best thing about KRY is that it’s fast. Often you get a call back within five to ten minutes, and you don’t need to go anywhere so your kid can be at home with his toys in a nice familiar environment,” he says.

Often there’s no need for the patient to be physically examined, and the service is always free for children and youths up to 20.

Markus with his wife and son, two-year-old Leo.

“Once Leo had a nasty tummy bug, and I thought it would be a problem because the doctor couldn’t examine him,” says Markus. “But we just explained the symptoms, the doctor gave us some advice over the video call and prescribed the right medicine for him.”

Markus was then issued with a PDF certificate through the app, which could be sent onto Försäkringskassan to apply for his VAB (Vård av barn) compensation. All without needing to leave his living room.

KRY is currently available to anyone with a Swedish BankID, and can be used anywhere in the world — even while you’re traveling abroad.

“Everyone should be using KRY as their first point of contact when seeking help for their health,” says Dr. Johan Flodin.

Dr. Flodin, KRY’s Chief Medical Officer, explains that more often than not, people can be treated through the app from start to finish. In the case that the doctor decides a patient should be examined in person, they will be redirected to the appropriate level of care.

“To be a non-Swede and understand where to seek help can be very tricky. Knowing you have accessible care and someone who can help you figure out where to go can give you a lot more confidence,” he adds.

There are currently over 200 doctors working at KRY and all of them speak fluent English.

However, if you’re more confident in another language, around 30 different languages are spoken by KRY’s community of doctors. You just have to click the ‘View multilingual doctors’ tab and choose a doctor who speaks the appropriate language.

“The whole process is so much simpler if you’re not Swedish and you don’t know where to go,” says Markus.

“I would recommend KRY to anyone who isn’t used to navigating Swedish society and bureaucracy. It can definitely make it a lot easier.”

KRY is free to download and doctors are available every day between 06:00-24:00.

Adults pay 250 kronor for an appointment, which is only charged if the doctor provides some sort of treatment, such as advice, a referral, or a prescription which is delivered through the app.

Payment can be made by credit card or Klarna when you book the consultation.

This article was produced by The Local Client Studio and sponsored by KRY.