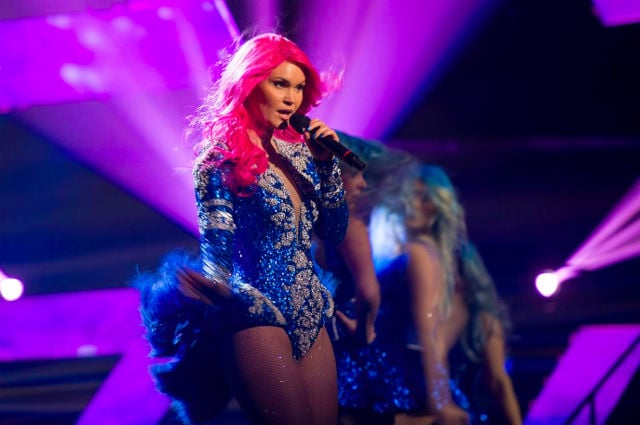 Don’t be surprised if you sense a slightly different social vibe across Sweden this Saturday night.

Because millions are expected to be glued to their television sets to watch the first instalment of this year’s Melodifestivalen song contest.

And what exactly is Melodifestivalen, you might ask, and why are Swedes so obsessed with it?

Melodifestivalen (quite literally ‘The Melody Festival’), is how Sweden chooses which musical act will represent the country in the Eurovision Song Contest. It’s organised by Swedish public broadcaster SVT and takes place between February and March every year.

And, to put it lightly, it’s popular. Like, really popular.

Part of the reason so many Swedes tune into Melodifestivalen is that Sweden is something of a Eurovision hotshot. Since making its debut at the international song contest in 1958, Sweden has won on no fewer than six occasions — trailing only slightly behind Ireland, which has taken home the spangly microphone-shaped trophy seven times.

However, Sweden’s Eurovision prowess doesn’t stop there. It’s also the most successful entrant of the 21st century, having bagged the top spot twice along with ten top five results.

And the fact that Abba was responsible for Sweden’s first Eurovision win back in 1974, a victory which helped launch the Swedish pop group to global superstardom, also keep Swedes interested in Melodifestivalen. After all, today’s relatively unknown artist could be tomorrow’s next big Swedish musical success.

Of course, you don’t come to be the sweetheart of Europe’s biggest song contest by chance.

Each year, 28 of Sweden’s “most gifted songbirds” (or perhaps more accurately, a mix of known and unknown acts of varying musical talent)  spend a gruelling six weeks competing for the honour of representing their country on the global stage. This figure is whittled down week-by-week as the public vote via telephone or SMS for their favourite performers.

And the usually reserved and glacially cool Swedes just can’t seem to get enough of the annual music competition. Nearly every bar with a television will air the contest, without irony, from 8pm onwards. Those normally hibernating this time of year will host dinner parties with the sole intention of tuning in with family and friends. They even get dressed up just for the occasion.

To give you some idea of Melodifestivalen’s popularity, in 2017, around 3.8 million people tuned into watch the twelve finalists compete (and each preliminary competition had more than 3 million viewers). That’s nearly 40 percent of the whole country that was glued to their screens when Robin Bengtsson won with his catchy pop song ‘I Can’t Go On’.

(In case you were wondering, Bengtsson came fifth when he competed in the Eurovision Song Contest in Kiev, Ukraine later that year.)

This year, the competition kicks off on in Karlstad on Saturday, February 3rd, with a heat each week until the final at Stockholm’s Friends Arena on March 10th.

Established acts like Samir & Viktor, Mimi Werner, and Jessica Andersson, will be pitted against fresh faces such as Jonas Gardell, a comedian and novelist, R&B singer Barbi Escobar, and 16-year-old Elias Abbas.

The February 3rd kickoff features acts ranging in age from 20 to 65 years in age; veterans of areality TV shows; an artist born in Norway, as well as the heir to a pop music dynasty.

The contest is as much a part of national culture as fika and midsommar. It’s a typically unseen slice of Swedish life in all its garish glory — strobe lights, disco ball dresses, and spray tans are permitted for six weeks, and six weeks only.

So don’t miss out, tune in on SVT from 8pm and see for yourself what all the fuss is about. And check out some of the artist previews below so you’ll be ready to sing along too.