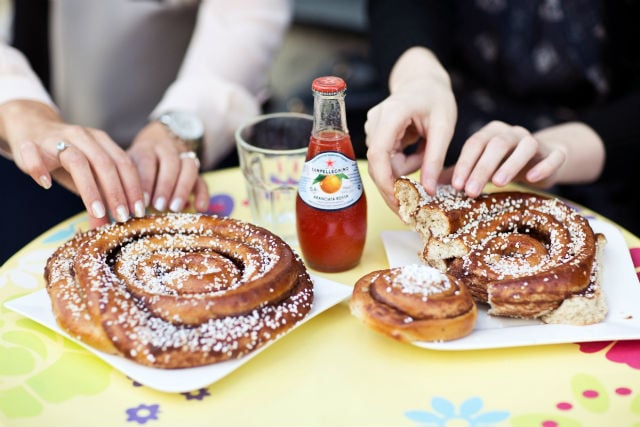 Is it a date or a fika? We can't tell either. Photo: Tina Stafrén/imagebank.sweden.se

The first fika is your first date

Dating culture is different in Sweden. It’s not like an American movie, where the guy picks up his date at 8pm, they go for dinner and a movie, he pays, and they have a kiss at the end. Nej, nej, nej.

In Sweden, the first date won’t feel like a date because all you’ll really do is have a coffee and potentially a cinnamon bun (aka a fika). But don’t be fooled – that fika is (probably) a date and you’re borderline exclusive with your Swede now. But…

Sometimes a fika is just a fika

Unfortunately, it’s very difficult to understand that your first fika is a date, because sometimes it’s a bad date – which is safer for both parties to refer to as just a fika (rather than a failed date).

And you’ll only figure out afterwards when there’s a second fika or not whether it was a date or a fika. You see, the first fika is like an audition for the second fika, which is definitely a date and there’s no question about it. If the audition is failed and you had a bad fika experience, if you didn’t click, then you’ll probably never hear from the Swede again.

It is worth mentioning that you can also enjoy a perfectly platonic fika with a friend, neighbour or colleague. But our suggested rule of thumb is: if you’re not sure that it is not a date… it’s a date.

Ladies: Don’t expect him to ask you out

Don’t forget that Sweden does gender equality on steroids, so it would be absurd to imagine that it’s going to be the guy asking the girl out every time. No, this is Sweden, which means 50/50 is the best way. If you’re a woman, don’t hesitate to ask out the man (but only for a fika, of course). Same-sex couples, the same general principle of equality applies to you: 50/50 is the way to go.

Sure, you can surprise a Swede and suggest you do something wild, like ten-pin bowling or going to a theme park, but that’s more like fourth date territory, so be careful you don’t give off the wrong signals. Just take it slowly.

Whether they’ll admit it or not, the Swedes aren’t ever going to win awards for flirting. At least not while they’re sober. Out in the clubs and bars it’s another world, but we’re talking about your typical, everyday, sober, flirting with the cute person sitting across from you on the train. The thing is, this kind of risky, public flirting practically doesn’t exist in Sweden.

And don’t think we’re just writing that here at The Local because no one flirts with us. That may well be true. But in other countries, you can literally see it happening all over the place. In Sweden’s European cousins like France and Italy – there is a very definite and visible flirting culture. The men will go out of their way to try and flatter the women – and they don’t care if people see it. Sometimes, the women will let their intentions be known too.

In other words, you need to be prepared to really scrutinise the tiny clues to realise you’re being flirted with – or you’ll have to do it yourself. But beware, if you make it too obvious, and if everyone’s sober, then you may just frighten your target and that’s the last thing you want.

Note: Once again, when Swedes are drunk, all the above rules go out the window.

Great, so you’ve scored a second or third date. Maybe you’re at a restaurant now. Well, as we mentioned above, everything is equal here, so no matter which gender you may be, don’t think you’re being generous by offering to pay the full bill. At best, you’d be leaving your date uncomfortable – at worst, offended. They can pay for themselves, of course. Why wouldn’t they?

Oh yes, and if you’re thinking “naturally it’s the man who will pay the bill” and you just leave him to do it, don’t be surprised if he only pays his half and then sits back, looking at you with a puzzled and expectant gaze. This is Sweden.

In Sweden, things sometimes happen in reverse. And it’s no different when it comes to dating and getting sexy. You see, in Sweden – especially among the youngsters – it’s nothing out of the ordinary to have that first date (read: fika) after a wild night out that ends in sex.

As once explained by an expat blogger at The Local in a guide to dating in Sweden, sex often comes before dating in Sweden – if there’s a date at all, that is. Yes, true to their reputation from the swinging seventies, the Swedes are a liberal bunch and often think nothing of a casual one-night stand. You now know what you’re getting into, so don’t blame us if that wondrous night never turns into anything else.

Of course, with the dating minefield safely navigated, a lifetime with a Swede is a wondrous, bountiful, joyous adventure. Just ask many of our readers out there, who’ve ended up with a Swede here in Sweden or abroad.

But one last word of warning, if things go amazingly well for you as a foreigner with your own Swede, just remember there are plenty of perils that can come with moving across the world to Sweden then breaking up.

Other than that, Happy Valentine’s Day when it comes. And if you’re single in Sweden, try not to flirt too much. 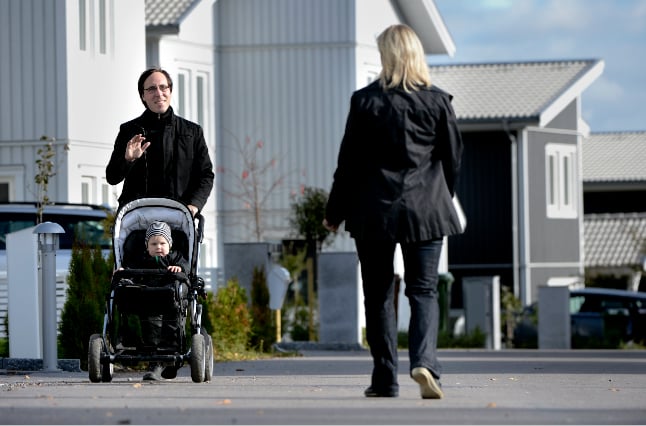 SWEDISH HABITS
Patience and chores: How to get on with your neighbours in Sweden 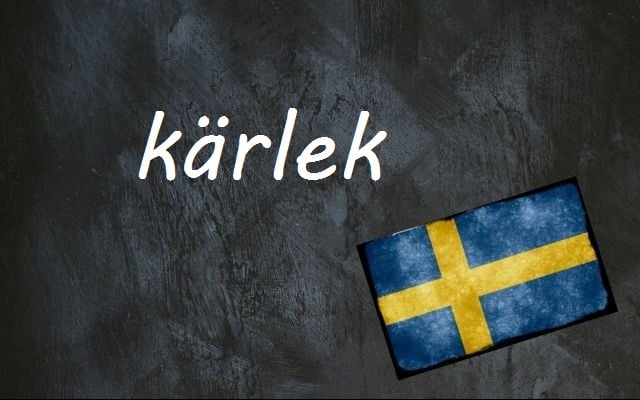