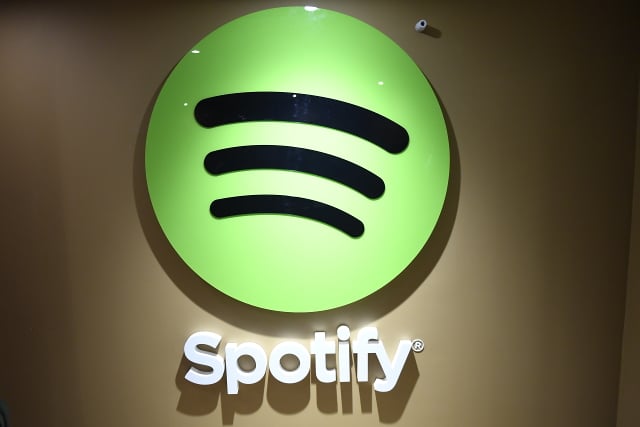 1. Come up with something completely new – or at least something that hasn't been properly exploited

Easier said than done of course, but to state the obvious, having a good idea is important.

Spotify wasn't the first music streaming service by a stretch (Myspace users will remember bands streaming songs on their pages long before the Swedish streaming site hit the market) but it did manage to perform the function in a more centralized, user-friendly way to a degree that others failed at.

A Swedish Metro article from the day Spotify first launched to the public in 2008 sets the scene well:

“The Spotify interface resembles Apple's Itunes, but the music is not downloaded to the computer. Searching and playing music goes just as quickly however, if not quicker than in Itunes, despite the music being streamed.”

Most of those points would be taken for granted now, but they weren't at the time. 2. Do a soft launch and actively build hype

Before Spotify was launched to the Swedish public on October 7th, 2008, it was possible to use a beta version of the service if invited – and the lucrative invites quickly proved popular as the word of the innovative new service spread.

Even after it was made available to the public in Scandinavia, users in the UK had to wait until February 2009 to gain open access, and those in the USA much longer (2011). That helped to build hype, create demand and also a sense of exclusivity for the lucky countries where it was available earliest. The staggered launch also allowed the rough edges to be smoothed out before the biggest markets had a chance to try the service. 3. Spot developing trends and be ready to capitalize on them

Most of us listen to music in a completely different way today than we did 25 years ago: rather than consuming albums, many consume individual songs by a whole range of artists in rapid succession like a giant, never-ending mixtape. That's a far easier process now when it's a click away, without the necessity of changing a CD or record, or lifting and dropping a needle at a precise spot.

Part of Spotify's success is that the company spotted that change in the early stages of it happening: the growing popularity of Itunes in the mid 2000s meant listeners were starting to move towards consuming individual songs from records rather than purchasing albums in their entirety, and the Swedish streaming firm took that idea one step further, making it easier and cheaper to do so. It's telling that paid downloads have almost disappeared from the music sales market in the around a decade since. Spotify weren't the first to do streaming, but they did it better than predecessors like Myspace. Photo: Leif R Jansson/TT

4. Make the seemingly impossible possible by thinking outside the box

When Spotify was founded as an unproven startup in 2006 they didn't have the cash to buy bags of streaming rights from record labels – a fundamental problem that would have stopped their idea from getting off the ground if they hadn't thought of a way around it.

Instead of cash the Swedes managed to tie down important agreements with some of the biggest labels in the record industry early on by offering them a combined fifth of the shares in the company. The labels spotted the long-term potential of the service, and as a result Sony BMG, Universal Music, Warner Music, EMI and rights holder Merlin were all on board for the October 2008 public launch, not only buying 18 percent of shares in the firm but also providing a handy 100,000 kronor in exchange. Tying up an unlikely deal with major record labels meant huge acts like Daft Punk were on Spotify from the early days. Photo: Dan Steinberg/AP

Spotify was already a benchmark-setter in music convenience when it was first made available to the public, but the Swedish firm didn't rest on its laurels. Just over a year after its launch it added further options like offline music with no ads for premium users, and mobile apps for Android and Iphone, continuing to make the service more and more convenient.

Users could also combine the mobile apps with the premium service to store songs on their phones, effectively negating the need for (at the time still common) Ipods. Who owns an Ipod these days?

Further down the line, apps for PS4, PS3 and Xbox One allowed online gamers – people who by definition spend a lot of time connected to the internet and therefore are a huge potential listener base and earner for Spotify – to listen to music on the streaming service in the background through their consoles without disrupting their game. These Swedes don't miss a trick. A Spotify internal document leaked in 2012 provides fascinating insight into how the company proactively sought to maintain its hungry start-up feel even while it was growing exponentially in its initial years.

Instead of departments, it organized development teams into “squads” working on specific parts of the service, using a flat management structure with the exception of one person charged with communicating with other squads. “Ideally the squads should be self-sufficient and not rely on other departments,” the firm explained in the document.

Squads are in turn part of “tribes”, where different squads likely to require close contact are grouped together. “Chapters” are the next step up, then “guilds” and so on.

It's evidently not a world away from the department-based structure common in pretty much any organization anywhere, but the clever use of language helps encourage a sense of investment, organization and innovation from employees, and the psychology of it shouldn't be overlooked. 7. Make young talents want to make things for you

In order to keep the company at the forefront in the tech scene Spotify needs to hold on to its talent and at the same time attract the best new talent to come and work for them. Its legendarily enviable work culture is definitely a part of that.

From the modern offices, to the mass after-work games of Fifa, in-office concerts by some of the biggest artists in the world, on-site employee jam sessions and Swedish-style paid paternity leave in countries where you're lucky to get any at all, the company has always invested in cultivating its image as a pioneer workplace, and in doing so makes the old guard in tech look boring and the young talents want to join.