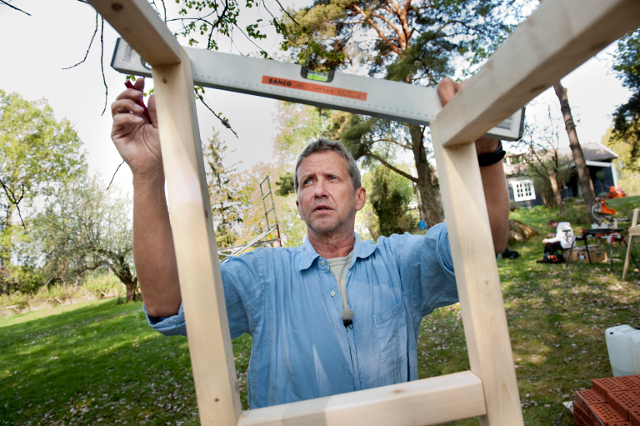 Martin Timell was forced to quit his job at broadcaster TV4 last year after being accused by several ex-colleagues of bullying, sexual assault and harassment, as The Local reported at the time.

He was also accused of forcefully touching a woman between her legs when they and several other colleauges were sitting together in a hot tub at an office party in 2008, which he denies.

The woman reported him to the police who launched an investigation in October last year. On Tuesday a prosecutor said she had gathered enough material to charge him with rape.

The prosecutor told the Expressen tabloid that Timell had “pushed his fingers into (the woman's) vagina while pushing her hips down and holding on to her”.

“I am surprised that the prosecutor chooses to press charges based on vague statements ten years later,” she told Swedish public broadcaster SVT on Tuesday.

With a career spanning three decades, Timell is a household name in Sweden. He has presented shows such as SVT's 1980s programme 'Bullen' aimed at a teenage audience, children's talent show 'Småstjärnorna' and the Swedish version of 'Deal or No Deal'.

After the accusations emerged last year during the international #MeToo campaign, TV4 announced it would pull all Timell's shows from the network, including hugely popular home improvement show 'Äntligen Hemma'.

The #MeToo hashtag urged women to share their own experiences to “give people a sense of the magnitude of the problem”, in the wake of sexual assault allegations against Hollywood producer Harvey Weinstein.

Millions of posts were shared on Facebook and Twitter by women – and men – all over the world. In Sweden it had a major impact, with several high-profile figures speaking out. Click the links below to read more.

Martin Timell was cleared of rape by a unanimous district court on June 8th, 2018, after the charges could not be proven.