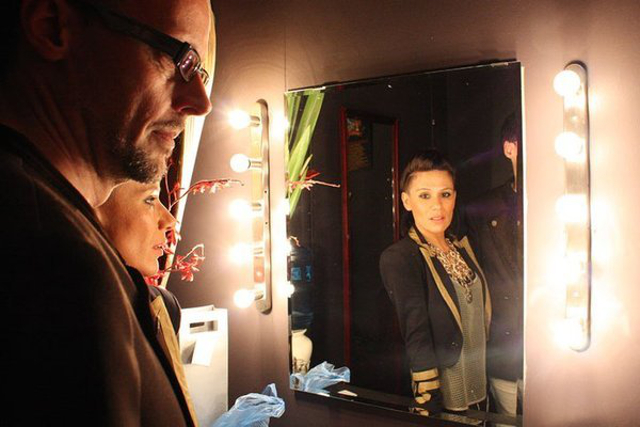 The year was 1999 and Tania Doko was about to embark on the journey of a lifetime, in more ways than one. Her and James Roche's duo Bachelor Girl had released their breakthrough hit 'Buses and Trains' the year before – it had quickly climbed international charts and they were in Sweden for their first tour of Europe.

“I think I could live here,” a young Doko commented, having instantly fallen in love with the Nordic country.

Sweden had fallen in love with them, too, but Bachelor Girl returned to Melbourne and started working towards their second album. Meanwhile in Sweden, 'Buses and Trains' was a radio smash hit and stayed on the charts for ten weeks, making it one of the band's most successful markets outside of Australia.

“Hey Mom, why didn't you tell me? Why didn't you teach me a thing or two? You just let me go out into the world; You never thought to share what you knew. So I walked under a bus, I got hit by a train; Keep falling in love which is kinda the same; I've sunk out at sea, crashed my car, gone insane; And it felt so good I want to do it again.” – Buses and Trains

“I think I could live here.” It was just a fly-away comment at the time, nothing more. But without anyone knowing, somewhere deep down in the machinery of fate, the wheels had already begun to turn.

Fast-forward a decade or so and Doko is travelling around Europe with her sister. She has mostly hung her boots up as an artist and is focusing on songwriting. She knows that Sweden – home to music phenomena as diverse as Max Martin, Spotify and Abba – is the perfect place for anyone looking to hone their skills.

“I had always had my eyes on these Scandinavians and how they roll, and rather than moving to London or L.A. where you've got Aussies dime-a-dozen I thought, why not move to Stockholm,” Doko tells The Local.

“Then when I was in that process I met my Swedish husband and that sealed the deal!”

She finally moved in 2012. Seven years later, Doko has in her own words “gone through the whole Swedish system and become very Swedified” (we talk to her as she's on her way to pick up her son from 'dagis').

The 43-year-old has continued her successful musical career off stage (well, a bit on stage as well), writing songs for both international and Australian projects and working with other heavyweights such as Eric Bazilian, Toby Gad, Ali Tamposi, and Swedes Jörgen Elofsson, Andreas Carlsson and Anders Bagge.

“Sweden doesn't have an incredible live scene like Australia, but to compensate there are so many studios and basements. I have a theory about the weather and the cold: that people just stay inside and write songs in winter. There are people underground right now working on what you'll hear next month!”

“Swedes are leading the way and are progressive in the way they think about releasing music. I mean, you created Spotify! Music and tech really are the dominant fields here and that's why it has been so enjoyable working here,” she says. But as most readers of The Local know, anyone in a new country once in a while needs another outsider's sympathetic ear for venting the things politeness normally prevents you from saying out loud, both about the good and the bad. Doko has found one outlet in the new podcast 'Swede As', which she runs together with fellow Australian Sheona Urquhart and Swede Brian Modin – a lighthearted take on life in the Nordic country.

“It is almost cathartic just talking about even the littlest Swedish things – you don't wash in cold water which we do because we have a water shortage, you can't expose your feet for six months because it's so cold…”

Joking aside, Doko says the biggest difference between the two countries – apart from weather being the obvious point – is the impressive level of organization in Sweden. “And the family politics are just mind-boggling. What I spend on dagis for my son a month here would be two days at day care in Australia.”

“No matter which way you vote, you feel like society is going to look after you and you don't get penalized as a woman for having a baby. But it's funny how progressive Sweden is as a society and at the same time so traditional,” she notes about Sweden's tendency to observe annual rituals and traditions. “It's much more Christmassy than we are, you celebrate påsk and valborg, it feels like every few weeks there's something.”

Doko's enthusiasm for Sweden has rubbed off on her old band partner Roche, who she says is “completely in love with Sweden as well”. The pair are about to release a new Bachelor Girl album this year – 20 years after their debut – made up of music they have written separately and together in Australia and Sweden.

“It is thanks to Swedish songwriting I'm doing this – you have inspired me and made me get back on the horse,” jokes Doko.

She and Roche have always remained friends and have even occasionally performed together over the years. But there has never been such a clearly defined comeback for Bachelor Girl. Although much is the same, much has changed, and “getting back on the horse” after such a long time is not always easy.

“One of my friends told me, in case you feel insecure, have you actually considered that you're maybe better this time around? I am much more authentic now. There are plenty of authentic young artists out there, but there's also an enjoyment to being older. I just can't be anything but myself any more,” says Doko

“But inside I'm still 'Buses and Trains' girl, because I'm always striving for a challenge. Some days it's really hard but when you look back at your life… I moved to the other side of the world, how cool is that?!”